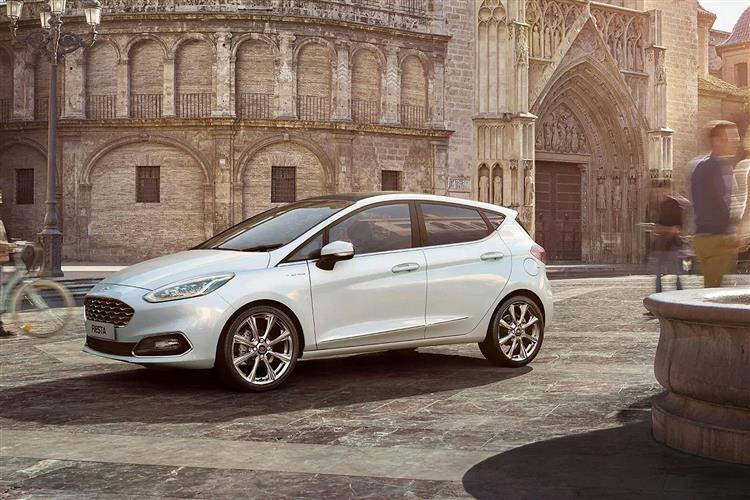 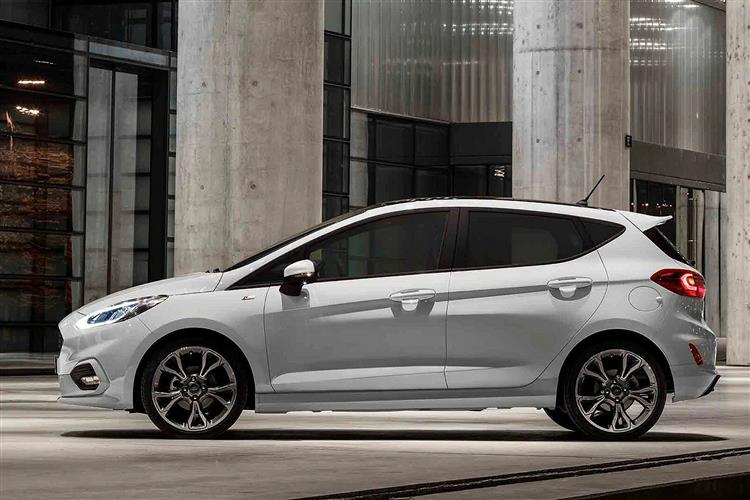 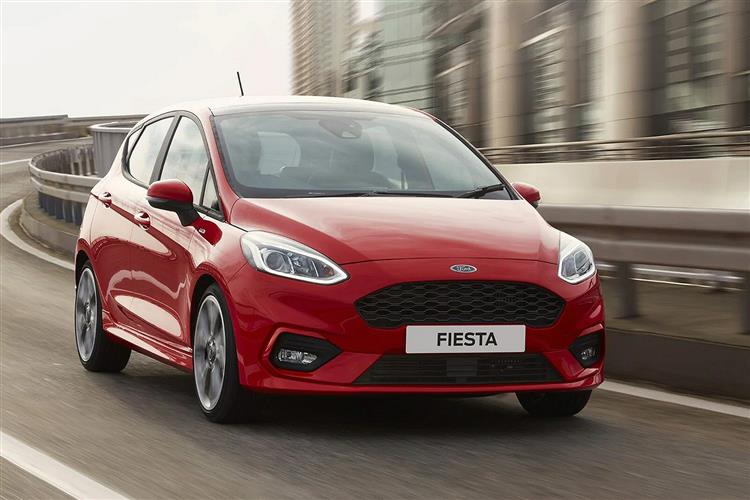 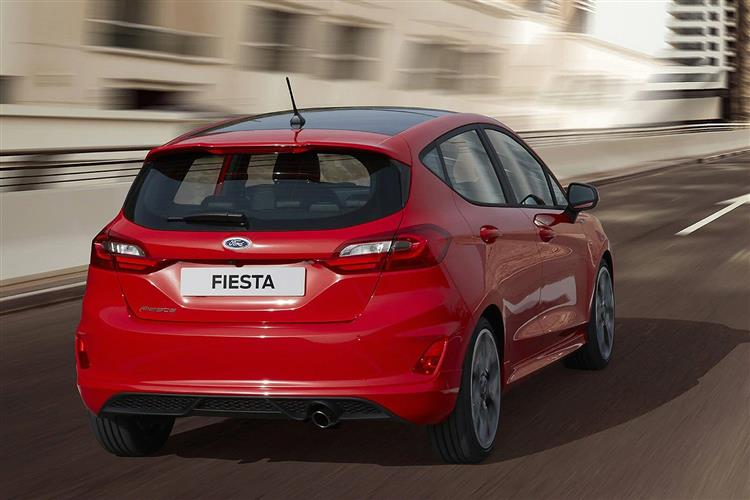 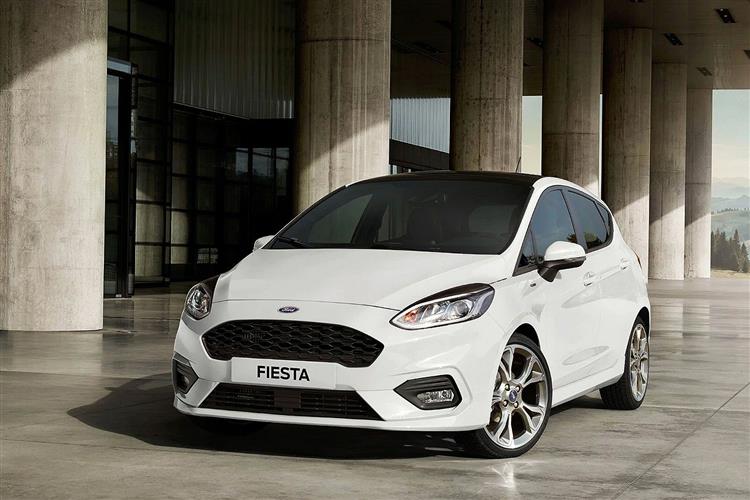 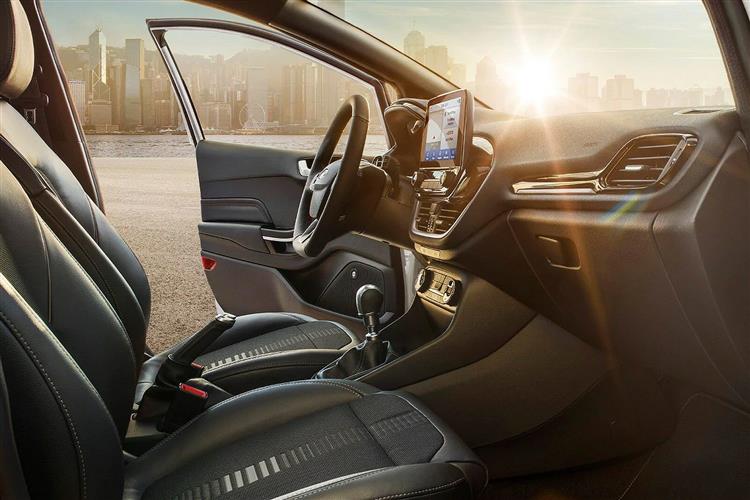 In 2020, the seventh generation Fiesta gained Ford's latest 48V mild hybrid engine tech, as well as a new 7-speed auto gearbox option and the potential for more safety kit. There was more rear seat space too. If you want a MK7 Fiesta but can't quite stretch to the facelifted version announced in late 2021, then you might find the 2020 to 2021-era models we look at here just as good as used buys.

What's been the world's most significant car in the last half a century? This is our nomination, Ford's Fiesta, which in 2017 was rejuvenated in MK7 model guise for a fresh generation of buyers, then improved again in 2020 to create the car we're going to look at here. Changes made in 2020 saw most Fiestas get the 1.0-litre EcoBoost three cylinder petrol engine that the majority of customers wanted in this car in electrified mild hybrid form. In this guise, it delivers more power with superior economy. In addition, as part of this update, the brand introduced an optional degree of autonomous drive technology. Plus there was a new 7-speed auto gearbox option. And the potential for extra safety kit. This was, in short, on paper at least, a thoroughly well thought out piece of supermini development. And it sustained this MK7 model through until its mid-term facelift in late 2021.

Visually, there were few changes to this car as part of the 2020 model year electrified update. By then, Ford had embellished the basic specification of this MK7 car a fair bit since its original launch. Even the cheapest trim levels were by 2020 getting headlamps with LED illumination for the low beams and daytime running lights, with full-LED headlamps being optional. Most models got front fog lamps, which turn with the bends and sit in aerodynamic housings that vary in style depending on trim. At the wheel by 2020, the Blue Oval brand had standardised luxury features like a Quickclear front windscreen and velour floor mats across the range and tried to add a more premium feel to pricier variants - the red-stitched trimming of the plush 'ST-Line Edition X' variant for instance. By 2020, Ford had also got rid of the previous poverty-spec smaller sizes for its SYNC3 centre-dash touchscreen - as 8-inch monitor was by now standard on all trim levels. As part of this model update, the company improved this monitor's user interface with bigger buttons and most models got it complete with navigation and the brand's clever 'FordPass Connect' built-in modem, which allows for in-car WiFi and remote interaction with your Fiesta via your smartphone. 'Apple CarPlay' and 'Android Auto' smartphone mirroring is of course included. And all the cabin basics have been well executed: it's easy to find a comfortable driving position, the instruments are clear and there's plenty of interior storage If you come to this car fresh from ownership of a pre-2017-era MK6 model, then it's likely that you'll view Ford's greater efforts in the back seat part of the cabin in a positive light. There is, after all, 16mm more knee room than there was with that previous generation design, plus the seats are softer and offer greater side-to-side support. Should you be trying a Fiesta having sampled a more spacious supermini rival though - and there are plenty - you'll probably be a little less inclined to be quite so generous. Back in 2017 when we first tested this MK7 model, we hoped that the lengthier platform would bring this Ford closer to the prevailing supermini standard for luggage capacity, but were somewhat disappointed to find an improvement of only 17-litres. That remained still an issue for us with this 2020-era model - the luggage bay is rated at 292-litres for both body shapes, a figure that most rivals from this period could comfortably improve upon. Still, it'll be enough for a folded pushchair and the contents of the weekly shop, which is all most owners will need. If you're able to flatten the 60:40 split-folding rear backrest, you'll find that the revealed cargo floor ends up with quite a step in it, but the total capacity figure looks rather better by segment standards - 1,093-litres.

As usual with a supermini, check the interior for child damage. And with top-spec versions, check the alloy wheels for scratches. Look for any dents, dings and scratches to the panelwork. And ensure that the clutch engages smoothly and that the car goes into gear easily. The 1.5-litre diesel engine is fitted with a diesel particulate filter, but this may be clogged up if the previous owner hasn't completed too many highway journeys.

Variations on the Fiesta theme may come and go, but before driving any version of Ford's definitive supermini, there's one thing you almost always tend to know for certain: that it'll be a great steer. With this MK7 model, the Blue Oval brand sought to retain that traditional Fiesta attribute, yet at the same time, introduce a standard of ride quality closer to that delivered by arch-rivals like Volkwagen's Polo. The feel you'll get from this Fiesta depends quite a lot on the variant of it you choose. That's because two quite different chassis configurations were used across the range, with a firmer set-up used for the various sporty 'ST' models and a softer one featuring elsewhere in the range on the cars the majority of customers ended up with. On such mainstream versions, this car isn't quite the sharp, eager thing we remember from earlier Fiesta generations, but it can still offer a level of handling joie de vivre that's beyond anything its competitors can manage. That's thanks to sharp electric steering, a stiff, lightweight body and an effective torque vectoring system that helps you get the grip down in the corners. You'll be wanting to know though, a little more about the electrified engineering introduced to this car in 2020. You don't have to have it. Of the three cylinder petrol engines that by the end of 2020 exclusively made up the Fiesta range, three non-electrified units remained; a base 75PS normally aspirated Ti-VCT powerplant; the old 100PS 1.0-litre EcoBoost engine; and the ST hot hatch model's 1.5-litre 200PS powertrain. But these were by then minority choices. Almost all Fiestas by the end of 2020 were being sold or leased with the mHEV mild hybrid engine Ford had by then just introduced, a variation on their usual 1.0-litre three cylinder EcoBoost petrol unit that was offered in either 125PS or 155PS guises. Mild hybrid engineering is nothing like as efficient as full-Hybrid tech, but it didn't here come with a big fat price premium and it boosts driver feel because it's lighter and it adds a slice of extra pulling power just when you need it. The set-up works via a beefed-up starter/generator driven by a belt at the front of the engine that stores the energy harvested when you brake or decelerate in a tiny 48-volt lithium-ion battery secreted at the back of the car. Which provides a bit of extra zip when you accelerate (Ford claimed up to 50Nm of extra torque) and delivers a little electric boost from low revs to 'torque-fill' while you're waiting for the turbo to spool up. That has a lot to do with this car's fizzy, revvy feel. But it also plays its part in creating efficiency stats improved by a small but important amount over those you'd get from conventionally-engined rivals in this class. The 125PS mHEV Fiesta variant returns up to 57.6mpg on the WLTP combined cycle and up to 112g/km of WLTP-rated CO2. That's in manual form: a freshly introduced 7-speed dual-clutch auto gearbox was also offered with this unit.

The MK7 Fiesta wasn't really complete until Ford introduced its 48V mild hybrid electrified engine technology into it in 2020. In so many respects, in this form, the car became the supermini we'd hoped the company would build. Efficient running costs, cutting edge media features and sophisticated safety tech were added in without diluting the sheer joie de vivre which continues to set the drive dynamics of this car apart from its rivals. And it was all done with a polish and self belief that we'd never seen from a Fiesta before. Flawless then? No of course not. Choose this test car's MHEV engine, as you'll probably want to, and its 'hybrid' badging will probably lead you to expect more in terms of gains in efficiency than this kind of token electrified engineering can actually deliver. Plus, for all the improvements made to this model line, it still lags behind most supermini rivals in terms of rear seat space, boot capacity and cabin quality. Still, there's lots to like here and if you can't stretch to the facelifted version of the MK7 Fiesta announced for the 2022 model year, you won't lose much by opting for the 2020-2021 versions of this car.