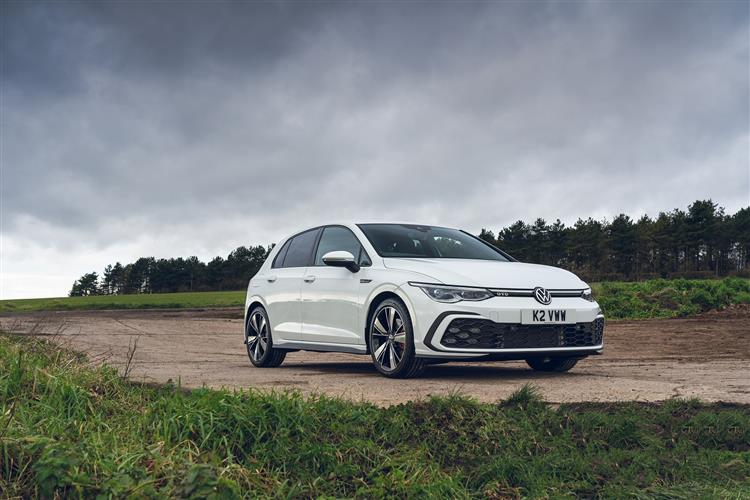 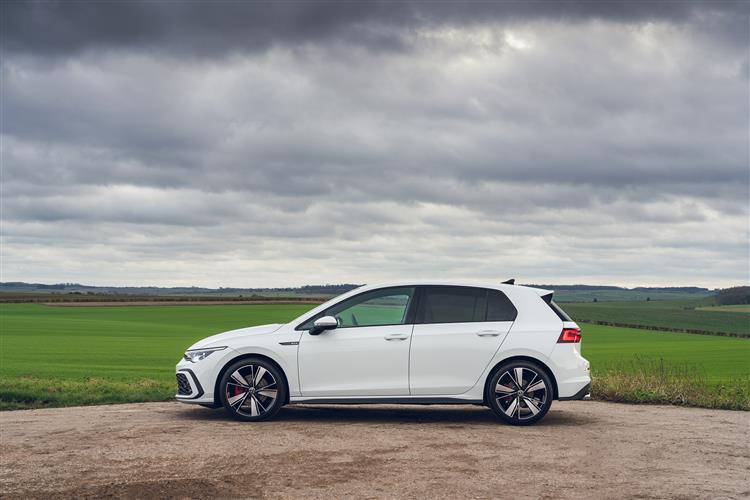 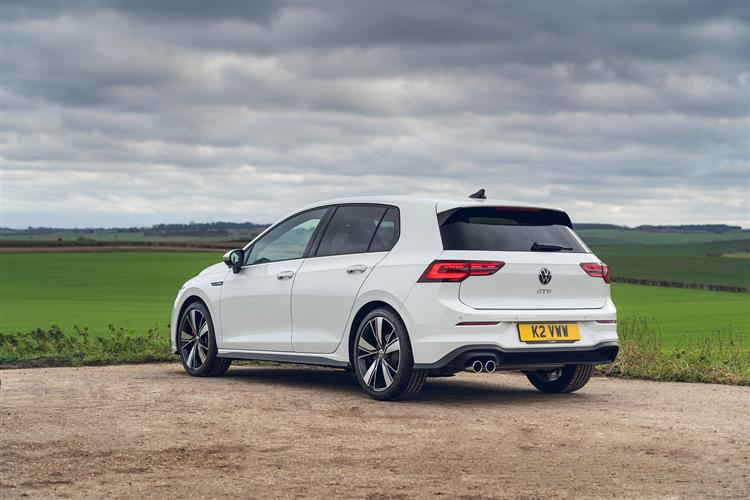 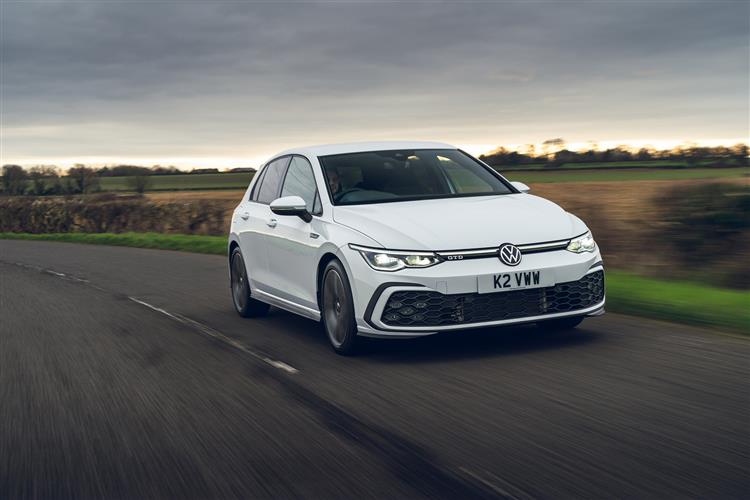 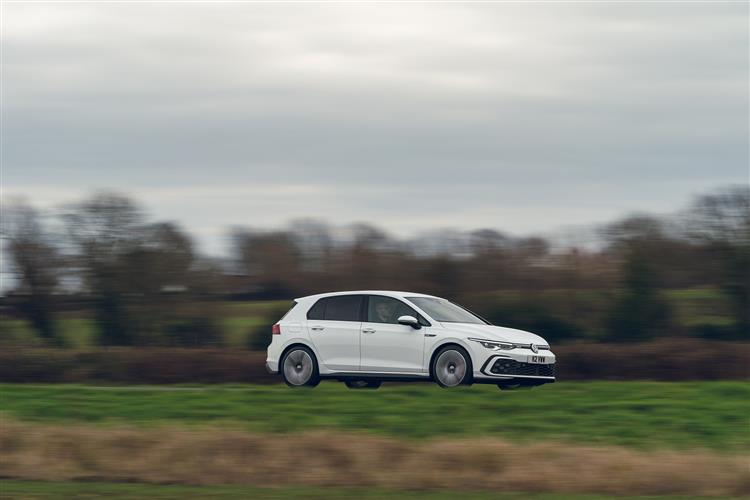 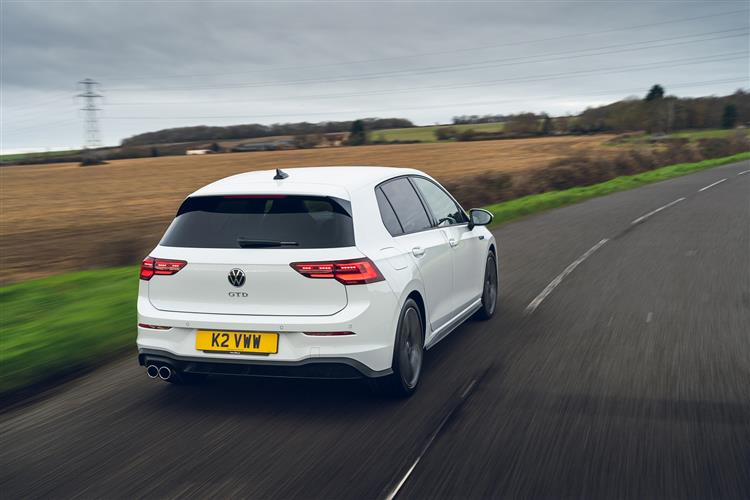 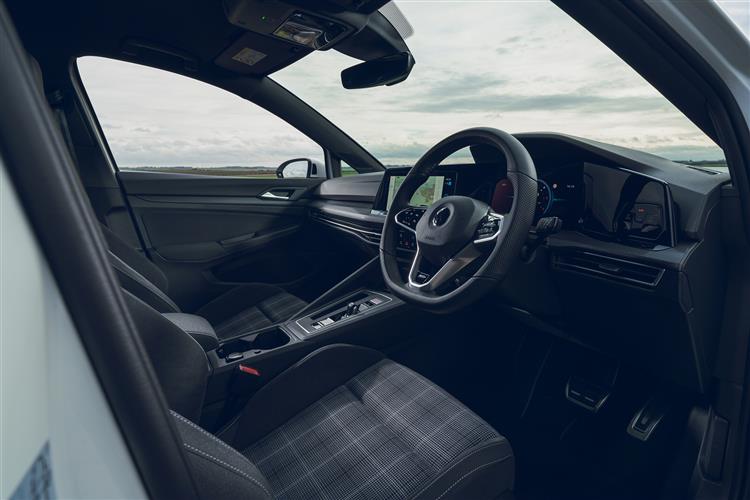 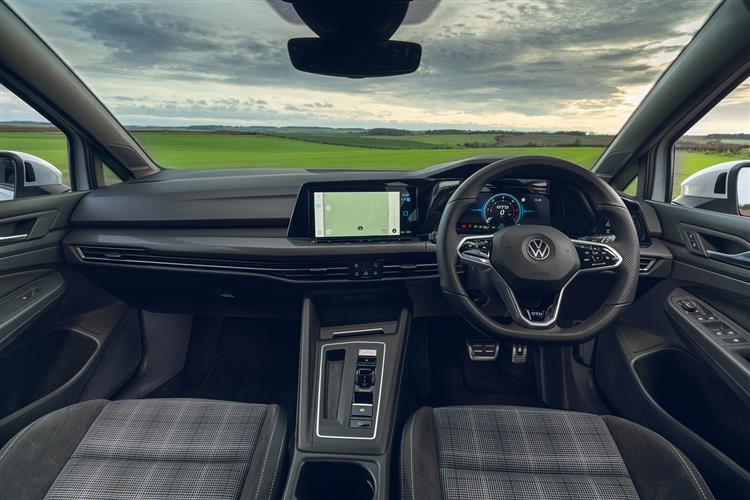 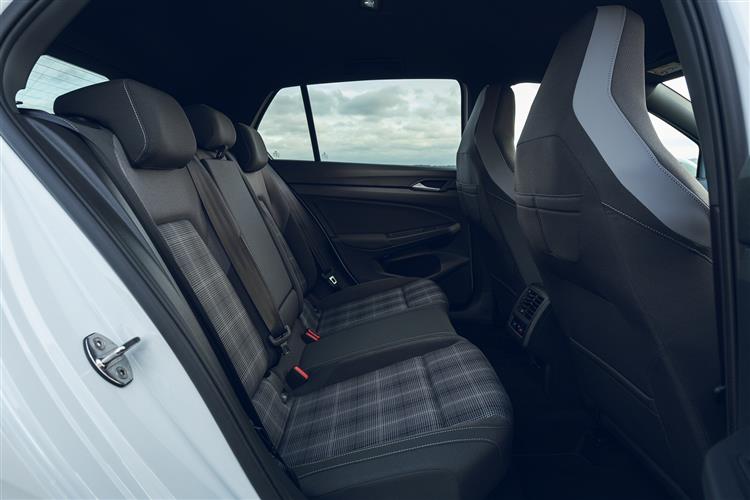 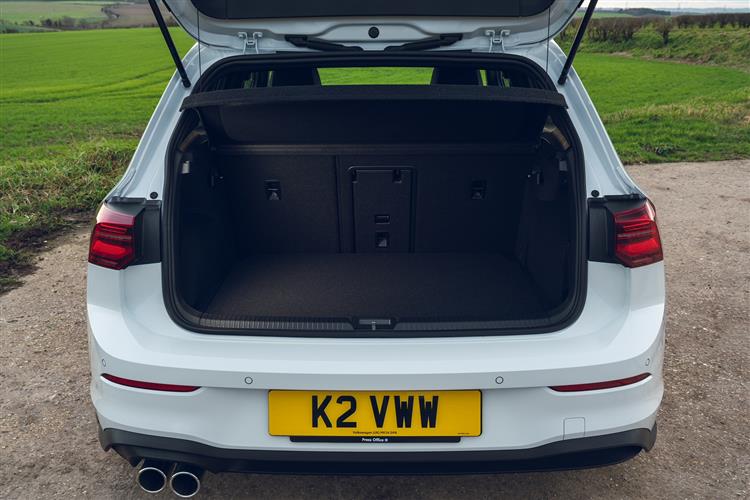 The latest Volkswagen Golf GTD lays claim to being a more complete car than its legendary GTI stablemate. Jonathan Crouch can see the appeal.

"Diesel cars are better than they've ever been, but nobody's listening", one top industry executive told us recently. That may be true, but it hasn't stopped the Volkswagen Group from continuing to improve its black pump-fuelled technology. And here's a car, the Golf GTD, that demonstrates by just how much. At one point, with the success of the Golf GTE plug-in and the launch of the brand's ID.3 electric car, we wondered if the MK8 Golf range would bother to spawn its usual GTD high performance diesel derivative. But no, here it is, more appealing than ever to the right buyer prepared to pay a bit of a premium for a family hatch with high performance, a bit of extra class and a huge potential driving range. As ever, it's the thinking person's Golf GTI.

The engine's a bit of a star here, which is interesting because Volkswagen diesels haven't always been at the top of the tree when it comes to flexibility and refinement. It's still a 2.0-litre TDI unit, but don't make the mistake of assuming this to be carry-over engine from before. This is a completely redesigned and significantly more efficient EA288 evo series powerplant, with significantly more power (200PS as opposed to 184PS before) and a slug more torque too (400Nm rather than 380Nm before). And now, it can only be had mated to 7-speed DSG auto transmission. There's sports suspension lowered by 15mm - just like with a Golf GTI. When all that grunt is deployed, it'll get this Golf to 62mph from stationary in 7.1 seconds. And with a top speed of 152mph, it's not about to be found wanting on anything but the most ruthless section of derestricted autobahn either. A new driving dynamics control system known as the 'Vehicle Dynamics manager' also debuts with this MK8 Golf GTD. This controls the XDS torque vectoring system and the optional DCC adaptive chassis control adjustable dampers to achieve a greater perceived difference between the feel of the car in its comfort and more sportily-orientated drive settings.

At first glance, the Golf GTD is virtually identical to its GTI showroom stablemate but take a closer look. Silver-themed touches differentiate this performance diesel variant - on a narrow line spanning the front end of the bonnet and on an LED strip in the headlight. As an option, the radiator grille can be illuminated as a continuation of this strip. The large, one-piece lower air intake grille features a honeycomb pattern with a black frame and a striking wing-like design at each corner. In profile, you get 17-inch alloy wheels with red brake callipers. And there are wider black side skirt sills than you'd normally get on a Golf, those sills coming together and either end of the car to form the front spoiler and the rear diffuser. LED tail light clusters feature at the rear, where there are double left hand tail pipes. Inside, as on the outside, the Golf GTD features different-coloured highlights where the GTI has red. This includes the interior of the central spoke of the steering wheel (in silver) and the seams and edging of the upholstery and trim (in light grey and black). There's also an emotive red pulsing start button. The brand's 10.25-inch 'Digital Cockpit' instrument binnacle screen is standard and most customers will want the company's 10-inch 'Discover Pro' centre-dash navigation infotainment display. Included in the price are stainless steel pedals and a background lighting system which bathes the cabin in a spectrum of 30 configurable colours. Otherwise, things are much as with any other Golf, so you get great build quality, decent space for two adults on the rear bench and a class-competitive 380-litre boot.

You'll need to pay nearly £33,000 for a Golf GTD these days, a model that today comes only with five doors and DSG auto transmission. That's over £2,000 less than you'd need to find for a DSG-equipped petrol Golf GTI; and over £3,000 less than the petrol Plug-in Hybrid Golf GTE. Volkswagen hopes that you'll want to pay more for its 'Travel Assist' 'IQ.DRIVE' system that gives Golf GTD drivers active steering, accelerating and braking at speeds of up to 130mph. Other common GTD model options are likely to include the trendy illuminating radiator grille and the DCC adaptive chassis control adjustable damping system. With the previous generation version of this car, we were a little dubious about whether DCC was worth the extra cash, but this time round, thanks to this model's integrated 'Vehicle Dynamics Manager' system, you really should be able to feel distinct differences between the available 'Comfort', 'Eco' and 'Sport' modes, plus in the extra 'Individual' menu, there's now a digital slider that allows you to create a more bespoke set-up. There's a stack of safety gear as well, with a Lane Assist lane keeping system, Front Assist Autonomous Emergency Braking with Pedestrian Monitoring, and XDS electronic differential lock for extra cornering traction and the 'Car2X' system (local communication with other vehicles and the traffic infrastructure).

This Golf GTD is one of those cars that makes you scratch your head wondering how Volkswagen achieved that sort of economy with that sort of performance. Let's start with the engine tech here. As you'd want, this EA288 evo series 2.0 TDI powerplant conforms to the industry's most stringent Euro6d-TEMP RDE Step 1 Compliant standard. And it's been completely re-designed over the previous generation unit, with cylinder deactivation and new technology for the exhaust, turbo, fuel injection and thermos-management systems, all changes aimed at driving down running costs. Plus there's so-called 'twin dosing' catalytic converter technology which has reduced Nox emissions by up to 80% compared to the previous engine. The result of all this sees the GTD able to return up to 54.3mpg on the combined WLTP cycle and up to 137g/km of WLTP-rated CO2. Which is impressive given that, a little surprisingly, Volkswagen has chosen not to incorporate mild hybrid technology into this engine, the kind of thing you get on diesel versions of this car's cousin the Audi A4 for instance. Otherwise, the recipe is the normal Volkswagen one, which means that you get a choice of 'Fixed' or 'Flexible' service regimes. And an unremarkable 3 year / 60,000 mile warranty.

You'd have to be a massive Golf GTI fan to justify buying that model over a GTD, iconic status notwithstanding. The Golf GTD is a different car though, not merely a GTI with lower running costs. The torquier engine gives it a very different feel and you'll drive it in a different way. It's refreshing to own a fast hatch that can manage over 50mpg on a good day yet which still has the chops to see off most other cars and can entertain on a cross country route. Plus it's a car that just makes you feel good about your purchase. Just about the only demerit is its possibly rather anodyne personality, but that's probably a subjective thing. The Golf GTD represents a good heart/head balance. In fact it might be the best car that sensible money buys.