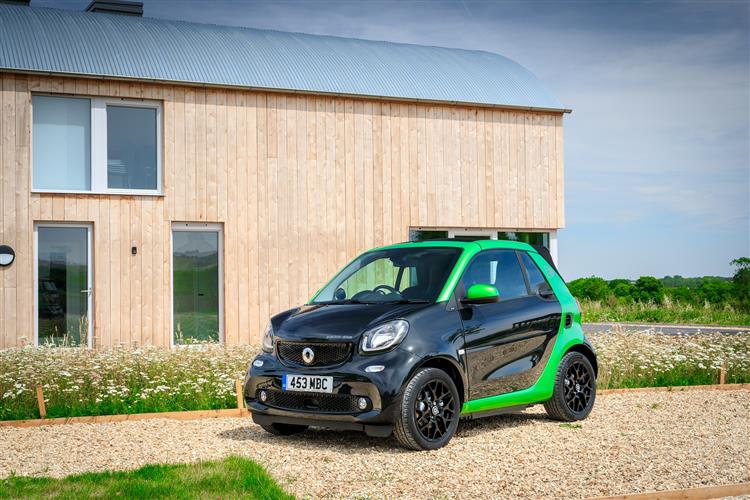 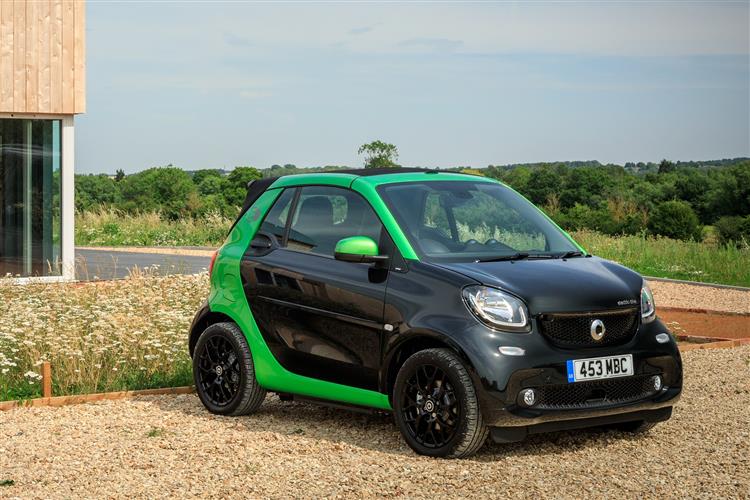 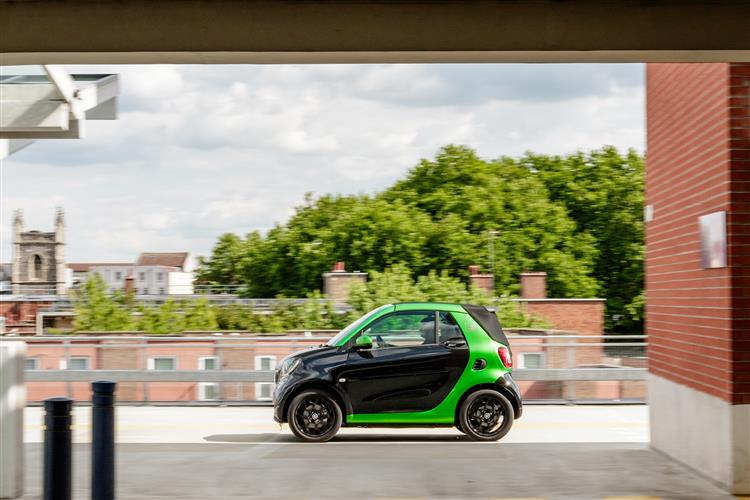 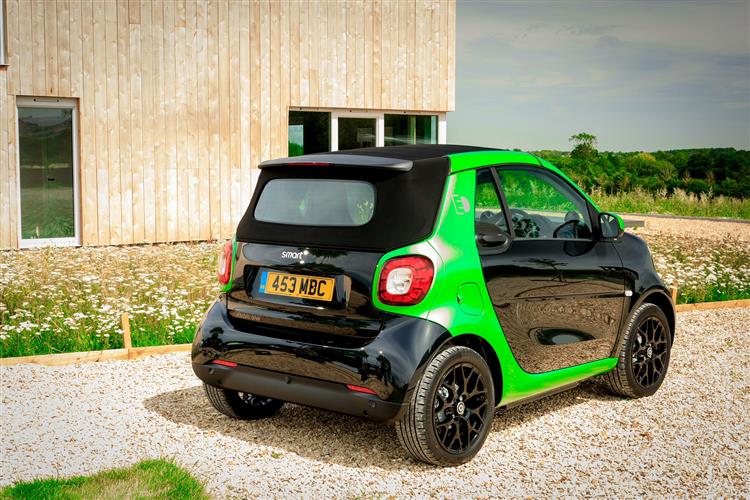 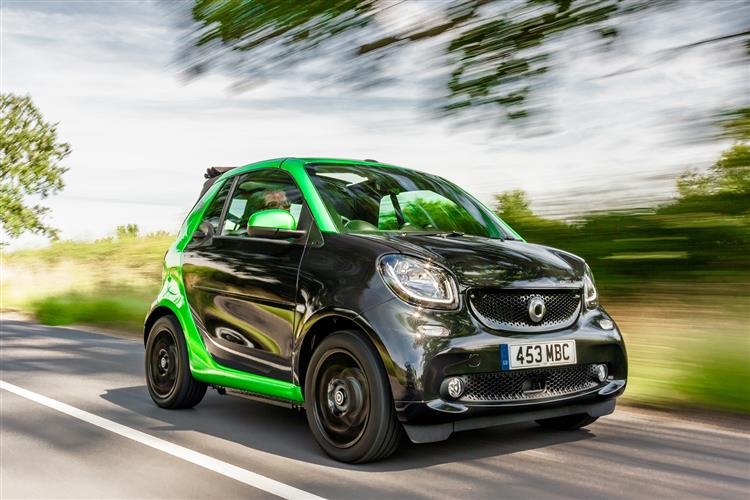 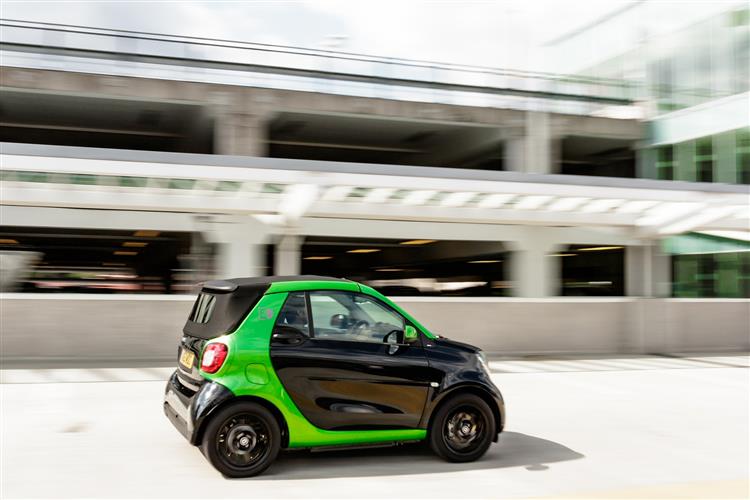 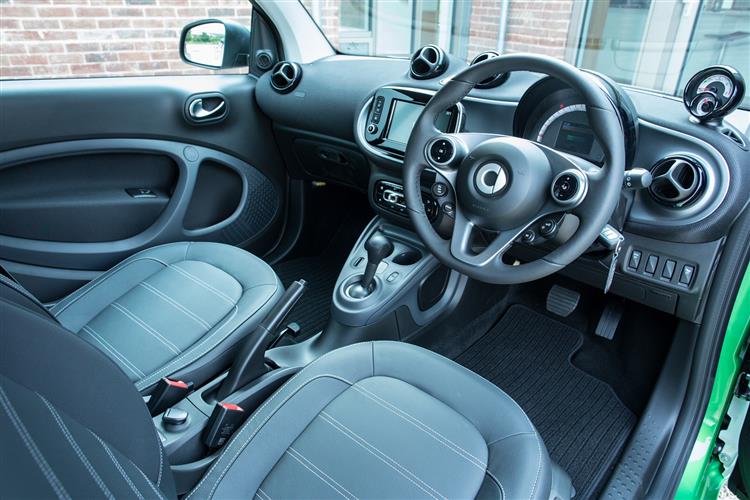 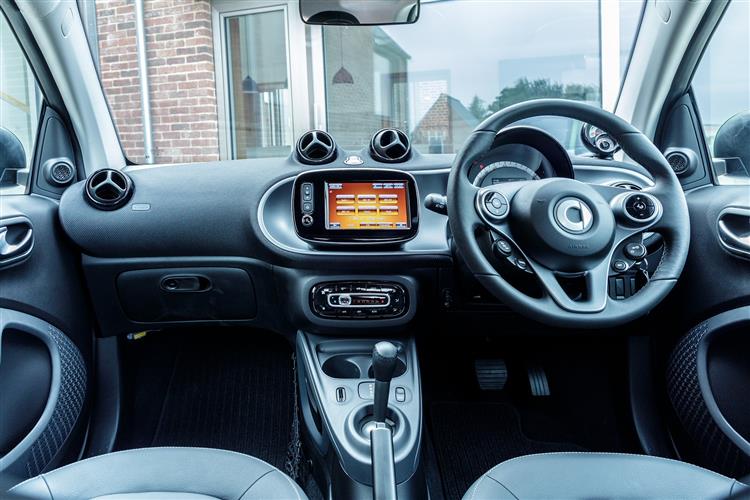 The smart fortwo cabrio has a cult following and is now offered only in all-electric EQ form. Jonathan Crouch drives it.

Since 1998, smart has offered what has become known as the fortwo, a two-seat city car originally developed with a rear-mounted engine. Famous for being able to park nose on to a curb legally, this model has something of a cult following. While the first generation was pretty awful to drive and the second still blighted by a clunky semi-auto gearbox, the third generation car offers a much more enjoyable driving experience. Since early 2020, this car has only been available in battery-powered EQ form; you could have an electric smart fortwo cabrio prior to that but this one has been improved by the addition of a standard on-board charger for quicker battery replenishment. Aside for the lure of cutting-edge electrification, the appeal of this car remains much as it always was. While a two-seat supermini is not really an option for many, an open car with room for only a pair of people is more acceptable. With a clever three position roof that can be opened at any speed and a reasonably low starting price (for an electrified cabrio), could this be the smart's time to shine?

Thanks to significant strengthening of the shell for the cabrio body style, handling is hardly any different from that of the hard-topped version of this car. That means lots of understeer and electronic intervention should you push too hard. At least the turning circle is tighter than ever at just 6.95m curb to curb. Around town, this smart's EQ's driving characteristics are as agile and lively as ever. And on the open road? Well how does the thought of 0-60 in 4.8 seconds grab you? Okay, it's 60km/h but, thanks to 160Nm of torque in something this light, it's still respectably quick. 0-62mph takes 11.5s on the way to 81mph flat out. It's certainly brisk enough to be able to sidestep the brake pedal and catapult the little fortwo off the line. That it does so without anything in the way of engine noise is even more impressive, the merest whirr of the uprated 60kW (82hp) electric motor accompanying a scarcely perceptible whine from the one-speed transmission. It's all very serene and makes city driving rather stress free. On the highway, you can theoretically reach a 81mph maximum, but this does rather chew the battery's range which, when driven a bit more sedately, can be eked out to up to 100 miles. An indicator on the dashboard lets you know how efficiently you're driving. Needless to say, you'll be tempted to gun it everywhere. It's too much fun not to. With all of the batteries mounted in the sandwich floor, the fortwo electric drive has an admirably low centre of gravity and probably corners better than its petrol sibling. The lithium-ion battery's underfloor position is both thermally stable and good for crash protection.

At the core of the fortwo cabrio is the 'tridion' safety cell made of high strength steel. The visible area of this cell has been profiled for a sporty look. This provides the smart with good crash protection despite its diminutive size. There's also additional underbody reinforcement to help with the removal of the roof. Speaking of the roof, the 'tritop' soft top can be opened like a giant sunroof at any speed. For the full open air experience, you can remove the remaining roof bars and stow them in the boot, something rivals such as the Fiat 500C can't offer. Despite the opening roof, the rear screen is made of glass and is heated. Inside is the same funky interior we've come to expect from the regular fortwo. This means a fabric topped dashboard that, like the rest of the interior, can be had in a variety of colours. At first glance everything seems pretty well put together, although further inspection reveals quite a bit of cheap plastic in certain areas. At least the additional width of the third generation car means you won't be bumping elbows with your passenger.

There are three trim levels on offer to smart fortwo cabrio EQ customers - 'pulse premium', 'prime exclusive' and 'edition 1'. The base 'pulse premium' version costs around £21,620, once the government's generous £2,500 Plug-in car grant is taken into account. That's quite a lot for something this size, but you might struggle to think of any small cabrio all-electric direct competitors. With the "smart control" app that comes with the car, lots of electric drive information can be accessed via smartphone, tablet or PC and functions such as pre-entry climate control or intelligent charging can be conveniently controlled remotely. This improved model has more operating options than its predecessor. For example, two programmable departure times mean that intelligent charging and pre-entry climate control do not always need to be re-set for frequent journeys. Options include a 'winter package' with a heated steering wheel and the 'electric drive design' package that gives the vehicle an expressive look with tridion safety cell and door mirror caps painted in exclusive electric green. There's also the smart BRABUS tailor made individualisation programme for more bespoke wishes. Were I a purchaser, I'd want to talk to my smart retailer about the cost of adding a wall charging box at home to decrease the total charging time from seven to six hours.

Once you've found the upfront list price of this car, the savings just keep coming. So there are no road tax charges to pay, no congestion charges, no bridge tolls, very low maintenance costs, tiny company car tax levies and only the cost of your electricity to pay, variable of course based on your supplier and the time of day you charge. The 96-cell lithium-ion battery is coupled with a - now standard - 22 kW on-board charger, meaning that charging can take less than 40 minutes (from 10 to 80% charge) using a rapid charger, and can be charged in less than six hours using a home wall box. To give you some idea of electricity costs here, smart reckons that owners will be shelling out an average of between £1.60 to £2.40 in electricity charges every sixty miles or so, meaning that 6,000 miles would cost you only around £250 in 'fuel'. And, as long as you're buying your electricity from a renewable source, a warm and fuzzy green conscience comes as part of the deal. There's a three year warranty as standard, which you can extend to five years if you wish. With the "smart control" app, the charging process can be conveniently monitored remotely, the app also including many more functions such as intelligent charging.

If you're planning to use the smart fortwo cabrio as its maker intended, it's difficult to see why you wouldn't really like it in this all-electric EQ form. If all you're going to be doing is tripping around town, that 100 mile driving range is going to seem more than sufficient. As for issues, well these tend to be those that relate to this fortwo design, rather than specifically to the electric drive powertrain that in this case has enhanced it. Like any normal fortwo, this car certainly doesn't have the ride and handling finesse to match some of its small electric rivals. And some elements of cabin quality are a little questionable. But then, the rivals that better this smart in these areas are all much more expensive. We also wonder whether these criticisms would really matter to someone who was virtually exclusively using this car around town: probably not. This is in summary an uncompromising answer to the challenges of credibly ecological modern mobility. And it's actually a bit of fun too. What's not to like?