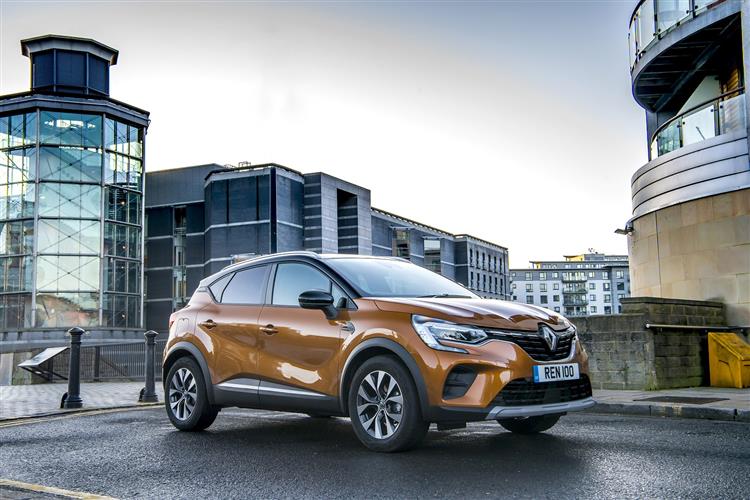 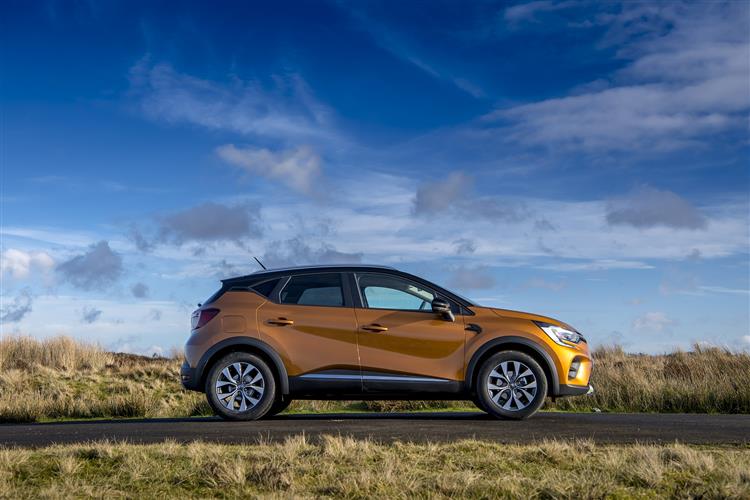 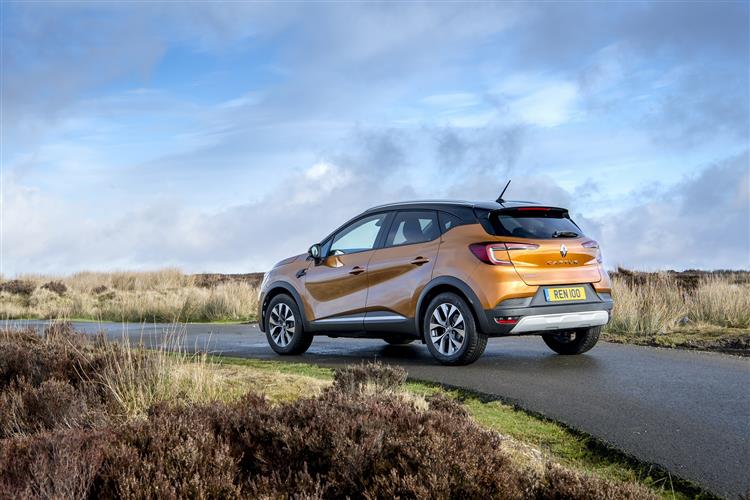 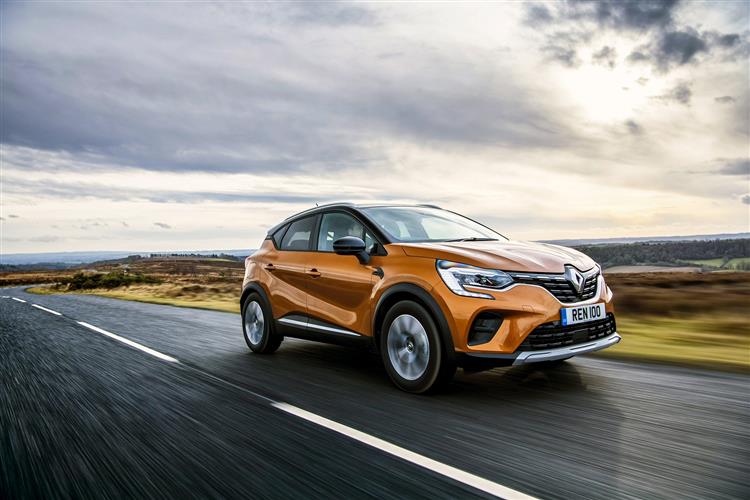 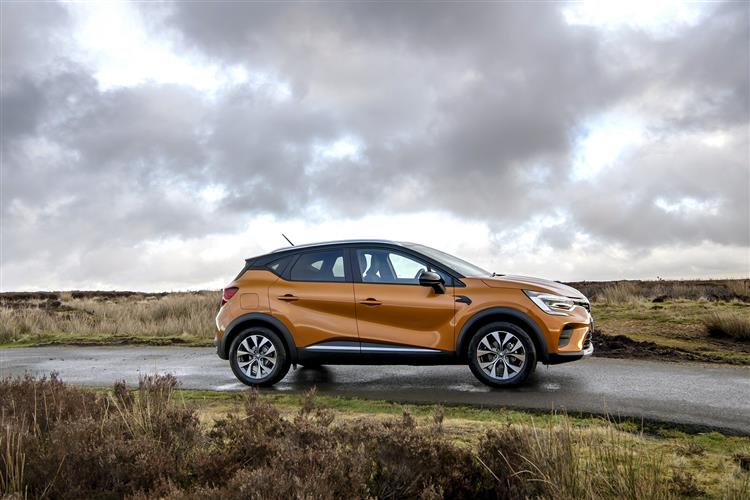 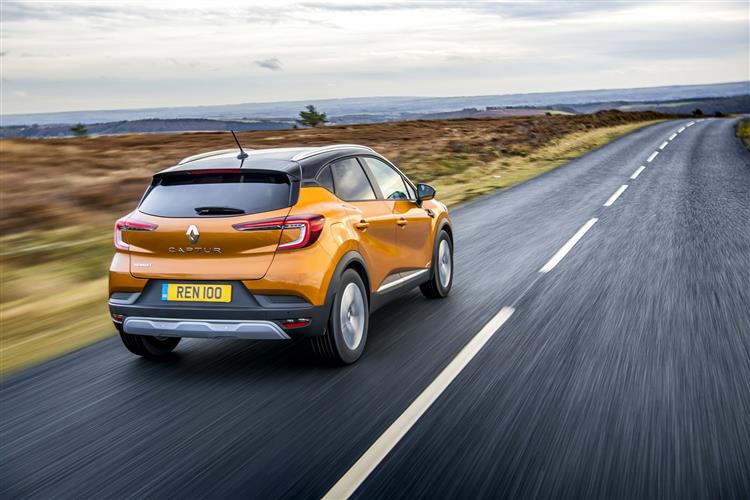 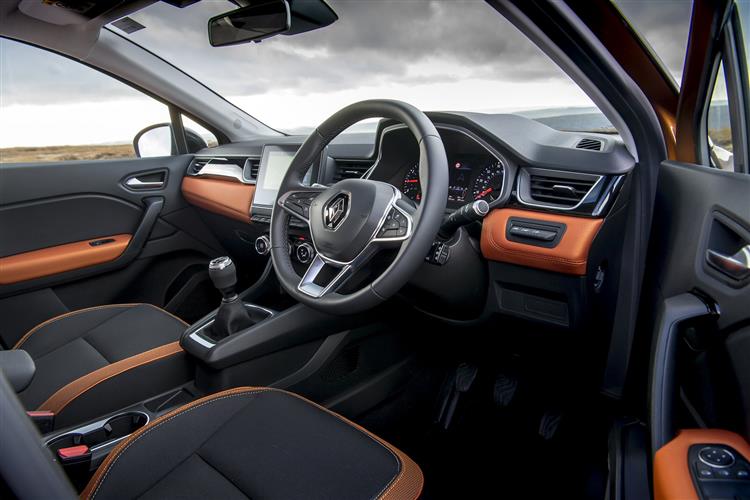 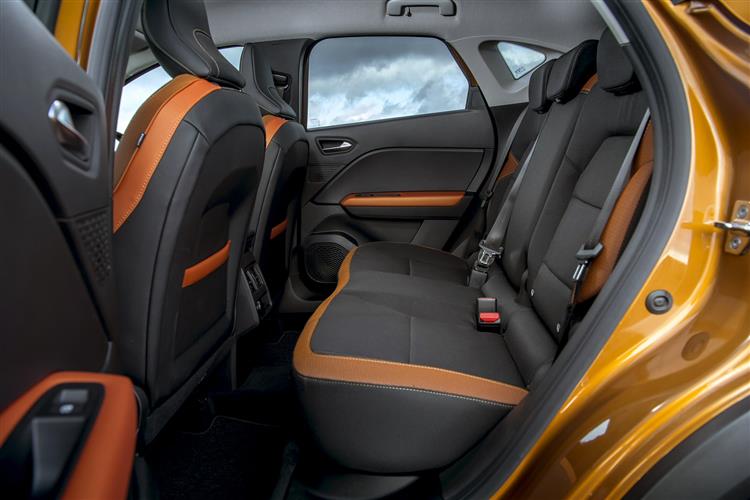 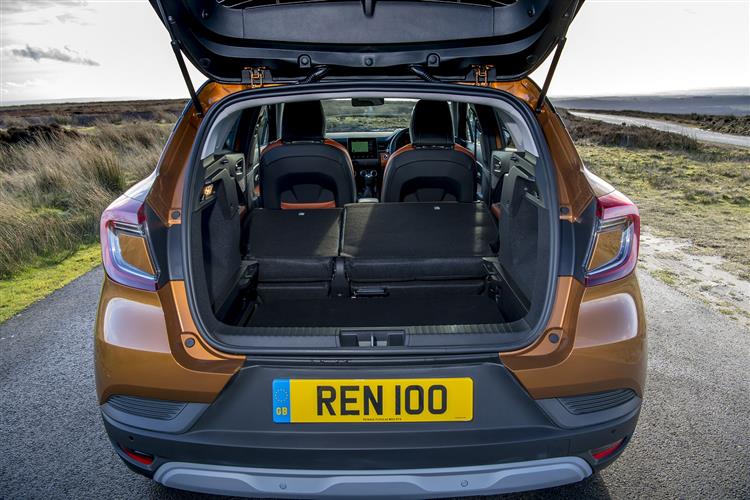 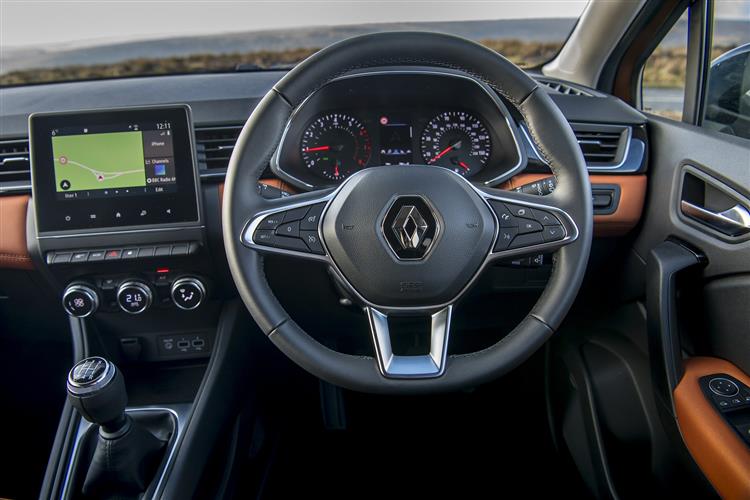 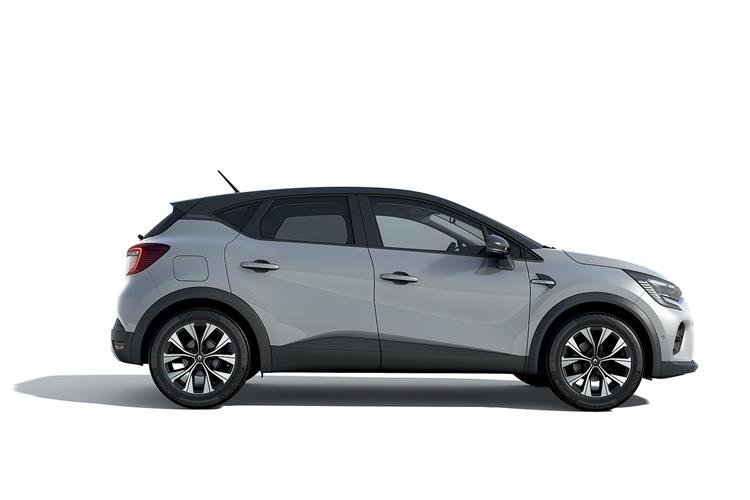 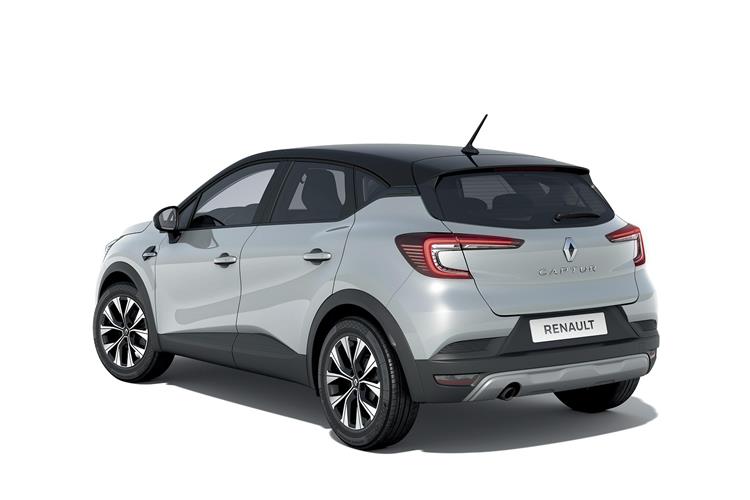 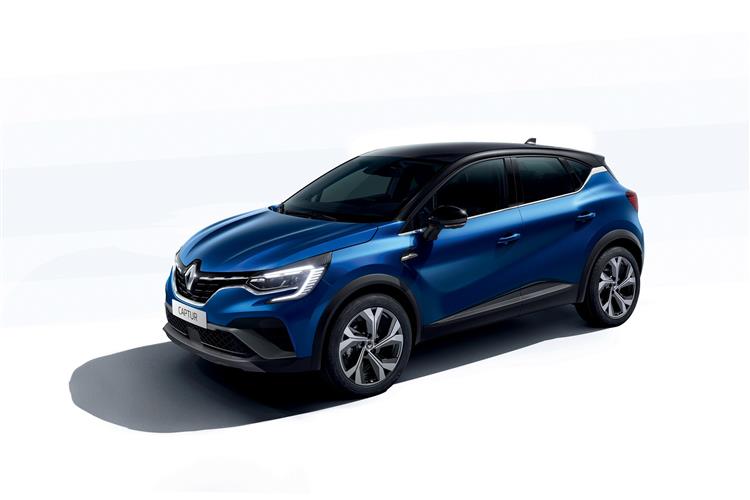 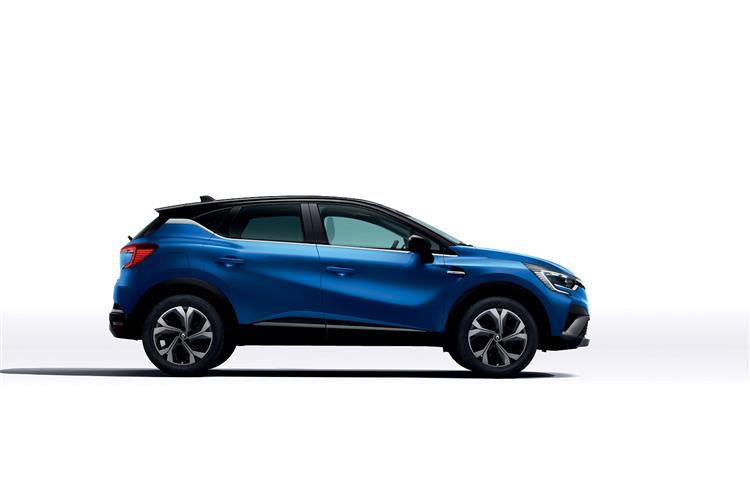 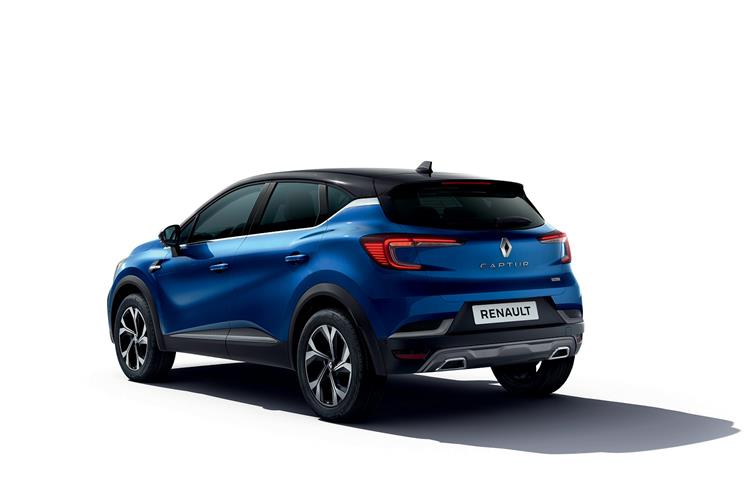 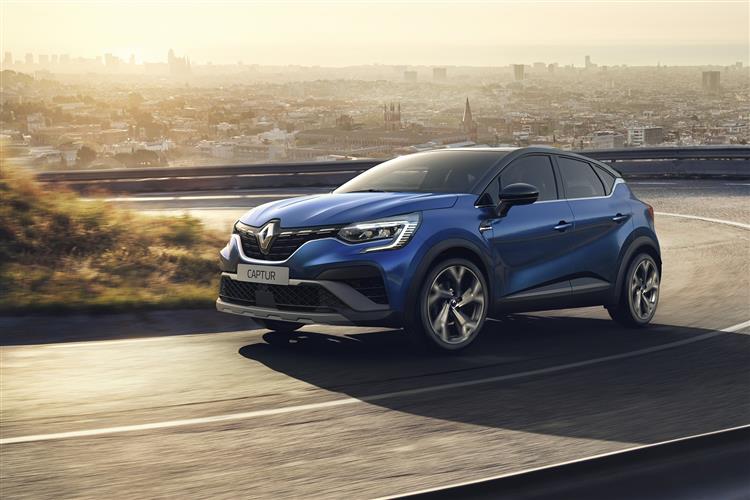 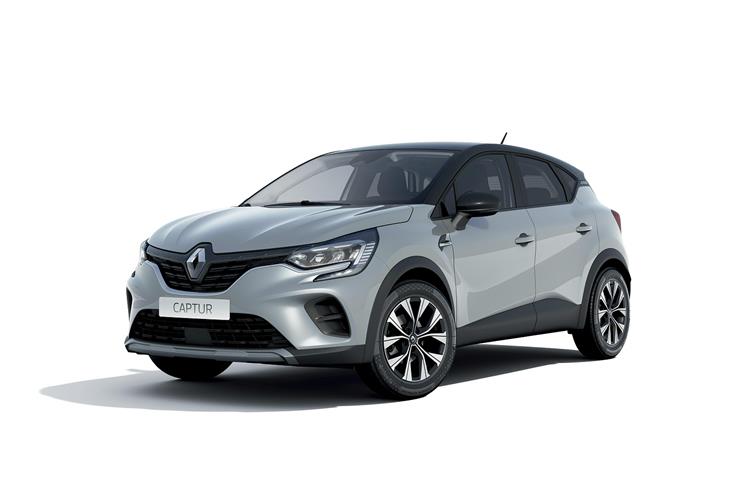 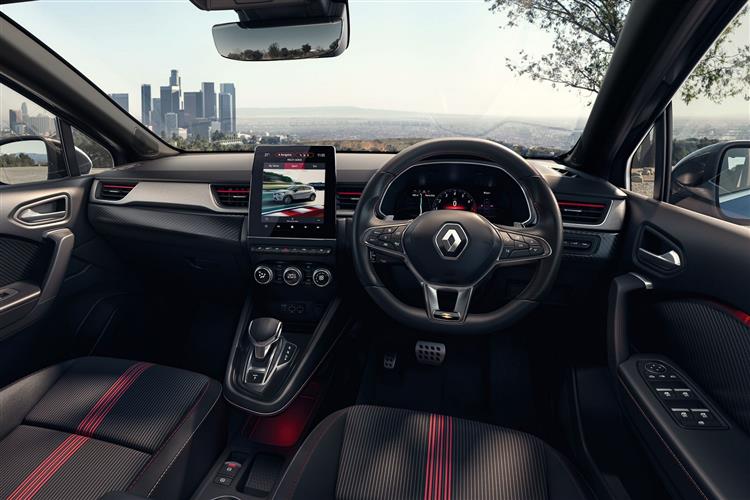 You can't fault the thinking behind the modern SUV Crossover, a class of car that aims to blend the versatility of a people carrying MPV, the attitude of a high-riding SUV and the sharp driving dynamics of a family hatchback. It's a segment that's now divided into a couple of sectors, the larger one typified by cars like Nissan's Qashqai and Peugeot's 3008 and based on Focus-sized models. The real sales growth though, is coming from smaller-sized supermini-based SUVs, cars that have built on the original success of Nissan's pioneering Juke and are now a hot ticket for almost every mainstream brand. Here's one of the most tempting - the second generation version of Renault's Captur. It continues to be based on the Clio supermini and is priced to sell at the more affordable end of this segment, claimed strongpoints being extra versatility and buyer personalisation, along with class-leading running costs and a decently responsive driving experience. Let's check it out.

So what's it like? If you're used to a supermini, the more commanding driving position will be welcome - unless you're the kind of enthusiastic owner who realises that with extra ride height, you usually also get extra body roll through the bends. This second generation model's new CMF-B platform is lighter and stiffer than the old Captur's underpinnings, which should improve refinement and handling. Under the bonnet, there are three petrol units, diesel having been abandoned. The 91hp three-cylinder 1.0-litre TCe with a six-speed manual gearbox is the entry-level option. Next up is a four-cylinder 1.3-litre TCe powerplant with 140hp - also only offered in six-speed manual form. We'd suggest a better bet though, would be the E-TECH Hybrid 145 model, a petrol/electric self-charging auto variant that delivers diesel-like efficiency figures. There's also the option of a plug-in hybrid, the E-TECH Plug-in Hybrid 160 auto model, which uses a 1.6-litre petrol engine and has a couple of electric motors powered by a 9.8kWh battery and a multi-mode direct-transmission auto gearbox. Renault reckons this package is good for 28 miles of WLTP all-electric range and has an electrified top speed of 83mph.

This second generation Captur looks a sportier thing, primarily because of its stylised LED headlamps which are like those on the latest generation Clio supermini. In MK2 form, this car is 110mm longer, 20mm wider and fractionally taller than before. At the rear, there's a smarter set of C-shaped LED tail-lamps. And inside? Well Renault's switch to its new CMF-B platform for this MK2 model Captur has made significant special gains possible here. You'll particularly notice that at the rear. As with the previous model, there's a sliding rear bench, which moves back and forth by 16cm to maximise legroom or boot space. At the front, there's a completely redesigned dash, complete with a portrait-style centre infotainment touchscreen display that's either 7-inches or 9.3-inches in size depending on trim and is smartphone 'Apple CarPlay'/'Android Auto'-compatible. The fascia also features a floating centre console that increases storage space. Upper-spec models get a 10.2-inch digital instrument cluster in place of analogue dials. This set-up will be optional on lesser models, which instead feature two seven-inch displays as standard. As for luggage room, well position the seats to maximise luggage space and cargo capacity is 536 litres with the conventionally-engined models; that's 81-litres more than in the previous-generation car. There's an adjustable-height boot floor and 1,275-litres of space when you flatten the 60/40-split rear bench.

Prices aren't too different from the previous model, so expect a span in the £22,500 to £33,000 bracket across the range. You'll need from around £25,000 for the E-Tech Hybrid 145 HEV variant; and from just under £31,500 for the E-TECH Plug-in Hybrid 160 auto versions. Across the mainstream part of the line-up, there are four trim levels, 'Evolution', 'Techno', 'Rive Gauche' and 'R.S. Line'. Standard kit across the range includes what Renault calls its 'Smart Cockpit', a key component of which is the standard 7-inch multimedia screen, the biggest ever on a Renault model. This vertical and subtly curved tablet visually enlarges the dashboard and lends the cabin a more contemporary feel. Turned towards the driver, this screen, with its EASY LINK connected system, comprises all the multimedia, navigation and infotainment features as well as the car's MULTI-SENSE driving settings. Pay extra for GPS navigation and you get a 9.3-inch centre screen. Renault is offering 11 exterior colours and four contrasting roof finishes, which mean there are 90 different configurations for buyers to choose from. The alloy wheel sizes range from 16 to 18 inches. Standard kit across the range includes things like alloy wheels, daytime running lights, cruise control with a speed limiter, a trip computer, a height-adjustable driver's seat, power front windows and mirrors, Bluetooth 'phone compatibility, a decent quality USB and AUX-in-compatible stereo with fingertip control, plus Hill Start Assist to stop you from drifting backwards on uphill junctions.

It's all petrol power now. Renault has finally abanadoned the provision of diesel power in this segment, so if you can't stretch to a PHEV, your most frugal option with the Captur when it comes to WLTP-rated stats is the self-charge E-TECH Hybrid 145 version, which manages 58.9mpg on the combined cycle and up to 108g/km of CO2. That's a good deal better than the base TCe 90 model, which manages 47.9mpg on the combined cycle and up to 134g/km of CO2. the figures of the alternative TCe 140 are much the same (48.7mpg and 131g/km). For ultimate frugality, you'll need the E-TECH Plug-in Hybrid 160 model, which offers a 31 mile electrified WLTP-rated driving range and returms up to 217.3mpg and up to 30g/km. You can plan ahead for maintenance costs by opting at point of purchase for a pre-paid servicing plan covering you for either three years and 30,000 miles, or four years and 40,000 miles. The four year '4+' warranty deal looks good too, given that most rivals restrict you to three year cover. This package also includes roadside assistance for the duration, though bear in mind that the final two years of the policy will be invalidated in the unlikely event that your Captur covers more than 100,000 miles. Depreciation levels will be very similar to those of other mainstream-brand superminis in this segment.

Passionate and practical, this MK2 model Captur is an endearing thing. Of course, there's always a danger with this class of car that in its mix of SUV, MPV and family hatch, you end up with a confection lacking the core strengths inherent in any of these three genres. Broadly speaking, this is a trap Renault has avoided here - provided your expectations in each of these areas aren't too great. It doesn't have 4WD, you can only just carry five people and you won't want to drive it on its door handles. None of which will bother most buyers at the smaller end of the Crossover segment one jot. They'll love the buying personalisation - and trendy touches like the clever infotainment system, the sliding rear bench and the double-height boot floor. True, this Captur faces strong competition from a growing band of very talented rivals. But it's a model you must consider before buying any one of them. A cleverer Crossover. If you really want a car of this kind, then you'll really want to try it.