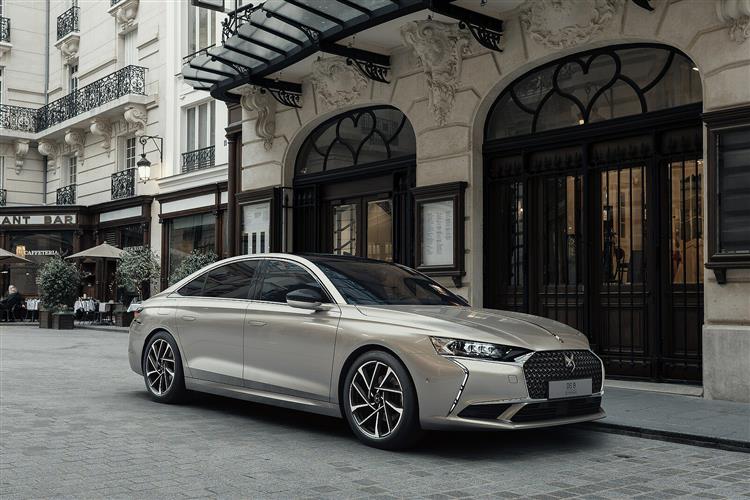 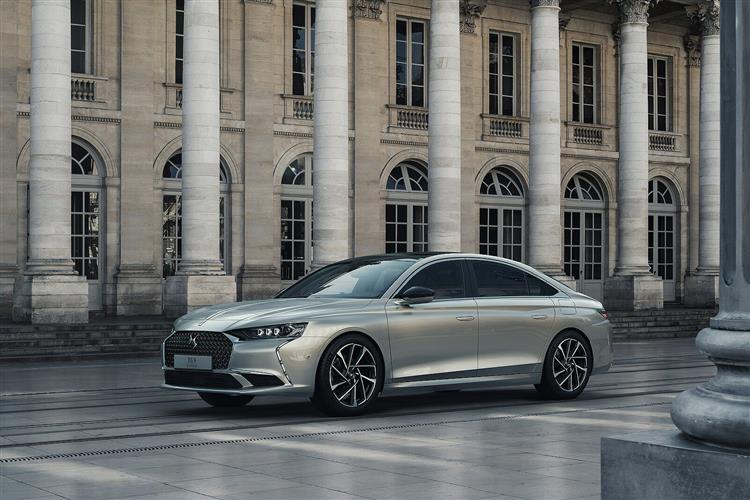 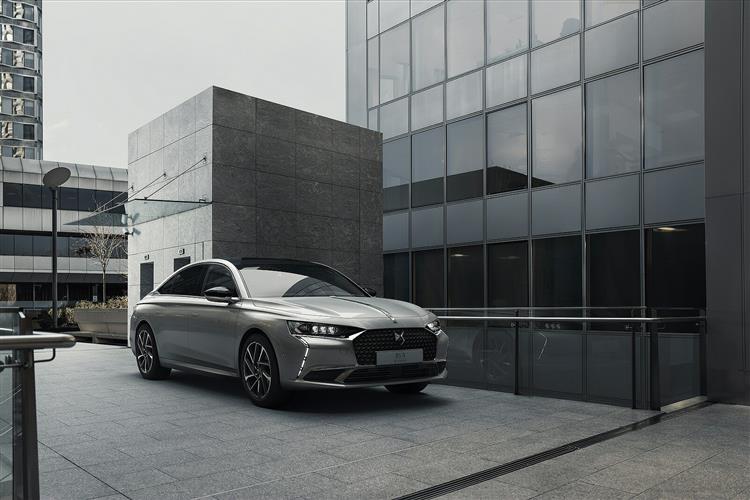 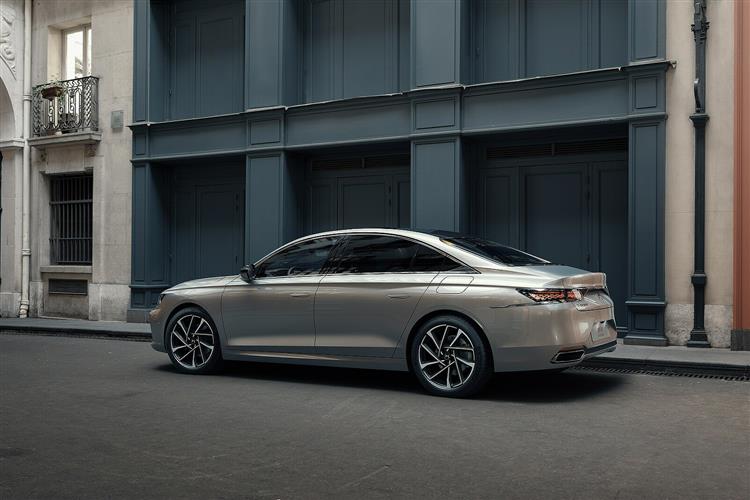 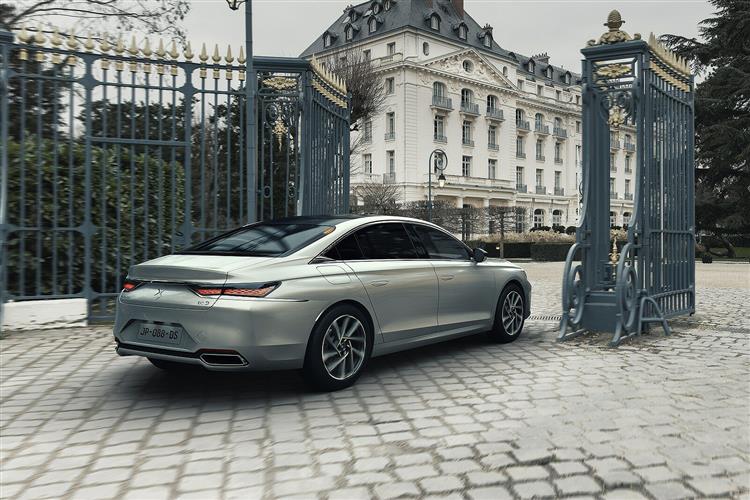 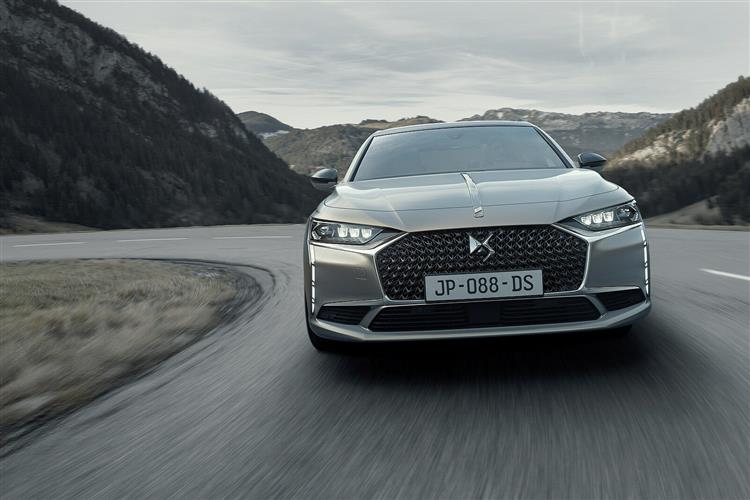 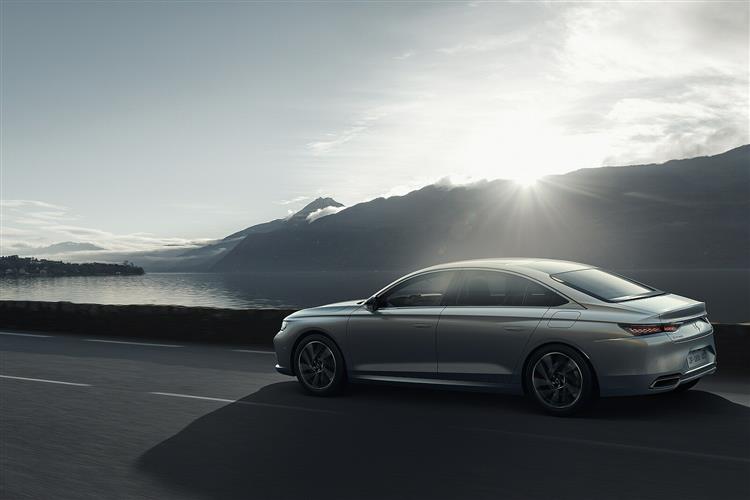 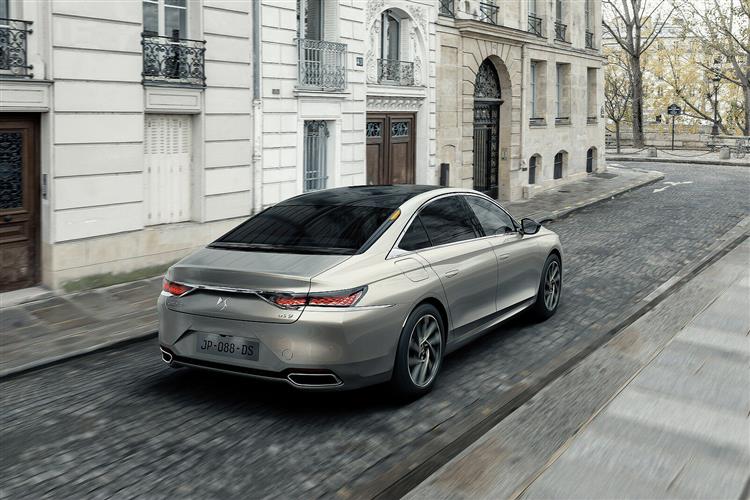 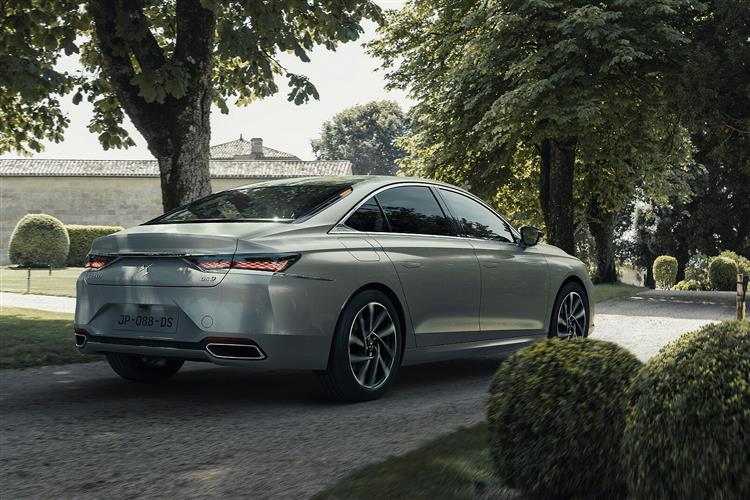 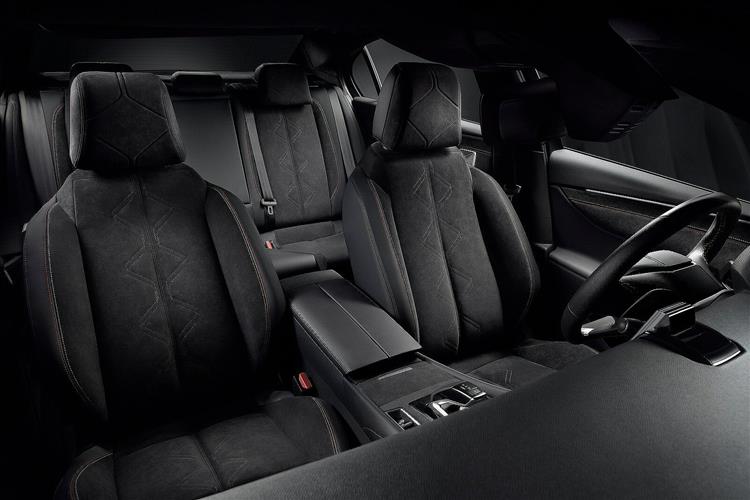 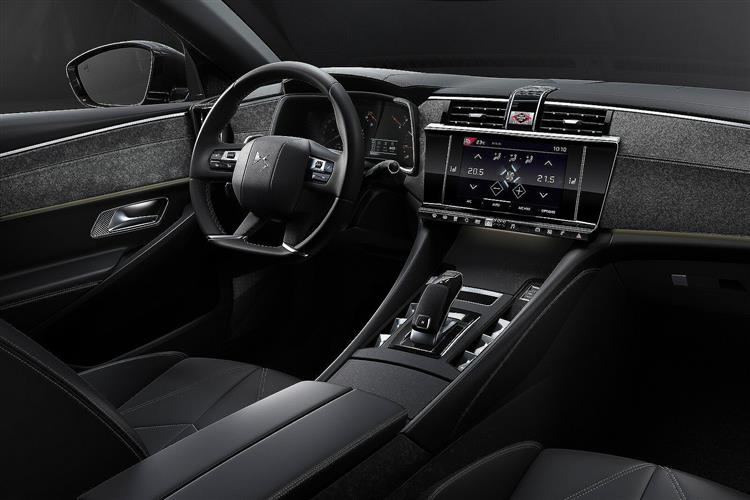 Large luxurious French saloons have never really found much of a ready market here but this car, the DS 9, could still be significant for its Gallic maker, thinks Jonathan Crouch

Back in the Sixties, 'DS' stood for executive sector luxury with a then-Citroen-badged model featuring avant garde looks and cutting-edge technology. More than half a century later, there is at last a true successor to that car in this model, the DS 9. DS is, these days, a brand in its own right and its products borrow heavily from technology already used in existing Peugeot and Citroen products, but there's unique innovation too in justification of the historical parallels here. The whole point of forming the DS brand in the first place was to give what used to be called the PSA Group (now Stellantis) the chance to build and sell larger full-executive models that these days, people simply wouldn't choose if they had Peugeot or Citroen badges. This car's importance right now lies not in sales numbers - this model will be a rare sight on our roads - but in the credibility it should give DS as a proper premium brand, rather than a purveyor of tarted-up versions of volume models. So, expectations here are high. Can this car meet them?

Lots about this DS 9 feels quite unique, but that doesn't apply to the powertrain offering, which is lifted straight from this car's Peugeot 508 cousin. From launch, DS did offer an un-electrified 'PureTech 225' model, but it isn't expected to be available for long. Nor is the front-driven 'E-TENSE 225' plug-in model we chose for our test; this uses an 11.9kWh battery and will shortly make way for an 'E-TENSE 250' derivative with a battery enlarged to 15.6kWh in size. We'll quote the performance figures for that; rest to 62mph in 8.1s and a maximum speed of 149mph - or 84mph in full-electric drive. Your other DS 9 option is the flagship 'E-TENSE 4x4 360' model, which gets an extra motor on the rear axle, creating an All-Wheel Drive powertrain - and a more powerful one. That extra motor, along with an upgrade in tuning for the 1.6-litre engine to 200hp, delivers an output boosted to 355hp. This lowers the rest to 62mph time to just 5.6s en route to a top speed of 155mph, but the usual 38 mile DS 9 driving range figure is unaffected. Whatever variant in the range you choose, there's the usual PSA Group EAT8 8-speed transmission. And there are things you might really like. Refinement, aided by the acoustic glass, is class-leading - really silent, which is a good start. Ride quality is also brilliantly judged, supple without being wafty. And that's in a test car lacking the clever 'DS Active Scan' suspension, which uses a forward-facing camera to prepare the dampers for forthcoming bumps. This is in short, a full-sized Executive saloon with a very Different Spirit.

Though this DS 9 will most directly compete with cars like Audi's A4 and BMW's 3 Series, it's a little larger than saloons of that kind, being 4.93m long and 1.85m wide. It sits on the same stretched version of the EMP2 platform used by the DS 7 Crossback mid-sized SUV - and the Peugeot 508. There's slightly less of a 'Fastback' element to the sweeping silhouette than there is with the 508 - and a great deal more front end presence thanks to a large, diamond mesh chrome-effect grille. This is flanked by chrome headlamp detailing and vertical LED daytime running lights. In a nod to the original Sixties DS, there's also a bit of clever headlamps technology too, in the form of 'DS Active Vision' headlights, which have five separate automatic modes. Another reference to that earlier car comes in the form of unique 'comet-style' indicators at the top of the C-pillars. A chrome strip runs down the centre of the bonnet to the windscreen. Inside, DS hopes to confirm this car's premium status with signature touches like a Nappa leather-stitched dashboard, 'watch strap'-style quilted leather upholstery, leather door handles and an alcantara headliner. The rear seats (like those at the front) can have heating, ventilation and massage functions and the fold-down centre armrest can be used as a control panel and a device charging bay. Plus, with a 2.9m wheelbase, there's a reasonable amount of room to stretch out. Out back, there's a class-leadingly-large 510-litre boot.

It's estimated that this DS 9 will account for just 0.02% of UK new car sales, so if you want rarity, you've got it right here. You'll be almost guaranteed that no one else in your office car park will have one. Customers are only offered a saloon body style; there's no estate available. Still interested? Well if so, you'll next need to know that the brand hasn't been shy with its pricing, evidenced by the fact that at the time of this test in Spring 2022, the version likely to account for most UK sales, this 'Performance Line+' E-TENSE 225 Plug-in variant, cost just over £46,000. This car's PHEV engine and 11.9kWh battery combination, we were told at the time of writing, would shortly be replaced by an upgraded E-TENSE 250 Plug-in powertrain with a larger 15.6kWh battery. 'Performance Line+' is the more affordable of the two spec levels being offered; for £3,100 more, you can stretch to top 'Rivoli+' trim. The all-petrol engine range is straightforward too - or at least in time it will be. At the time of this test, DS was offering an un-electrified entry-level PureTech 225 model, costing from just over £40,000 in 'Performance Line+' trim, but industry sources were telling us that that conventional version of the 1.6-litre turbo engine wouldn't be offered for very long. So it's best to think of the DS 9 range as being a PHEV-only line-up. The starting point from launch was the E-TENSE 225 model we tried, but as we just told you, going forward, this will get replaced by an E-TENSE 250 variant, which shouldn't differ too much from the price we gave you earlier. Go that? Good.

All this car's full-Executive segment Plug-in rivals use larger-capacity petrol engines than the 1.6-litre unit featuring in this DS 9. With that in mind, it'd be a disappointment if this car's efficiency figures weren't class-competitive - as, by and large, they are. The key figure with any PHEV is the CO2 reading, because that of course is what your Benefit-in-Kind tax is going to be based upon. The DS 9 E-TENSE 225 we tried manages a 35g/km figure (it's a best of 41g/km for the faster E-TENSE 4x4 360 model), which means a BiK tax rate of 11% (or 13% for the faster variant). That'll drop, DS promises us, to 26g/km with the 'E-TENSE 250' model which is about to replace the car we drove, equipped with a battery raised in size from 11.9 to 15.6kWh. To give you some class perspective here, a Mercedes E300e records a 35g/km reading, a BMW 530e is rated at 31g/km and the Audi A6 50 TFSIe delivers a 27g/km figure. For fuel saving, the all-electric driving range figure is equally important, rated at up to 38 miles for all DS 9 PHEV variants. For class perspective, that's better than an E300e (35 miles), about the same as a 530e and a bit less than an A6 50 TFSIe (43 miles). That Audi, curiously, records exactly the same top combined cycle fuel figure as all DS 9 plug-ins - 256.8mpg; the 530e only just about crests the 200mpg mark, while the E300e is down at 188.3mpg. Not that these three-figure fuel readings mean anything of course - you'll never achieve anything close to them and we can't imagine how the WLTP cycle testers ever did. Real time readings will probably be somewhere close to those of a conventional unelectrified diesel. But the important thing is that the government believes the all-round efficiency stats, hence the applicable low BiK tax rate, which at the time of this test on this 'E-TENSE 225' model was just £169 a month for a 40% tax payer (or £84 a month in the unlikely event you happen to be rated at 20%).

It's easy to be cynical about a car that claims to be unique but borrows so much from volume brand engineering. But then, you could say that to some extent of just about any executive contender these days. The DS 9 does at least clothe its familiar mechanicals with an assured slice of Gallic flair. It won't match its key German rivals in terms of drive dynamics (or predicted residual value) but it offers more cabin space and a far greater sense of uniqueness and luxury. For many, that won't be enough. But for the discerning few prepared to invest in what DS calls 'a Different Spirit', a new form of badge equity, this DS 9, will offer a refreshing change from the executive norm.