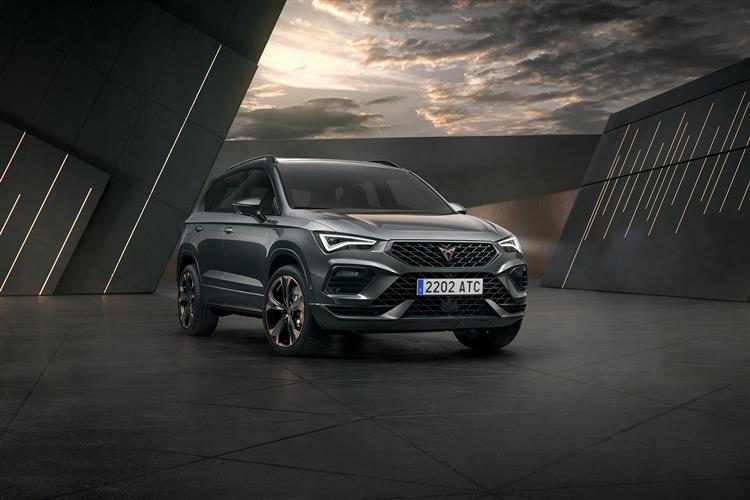 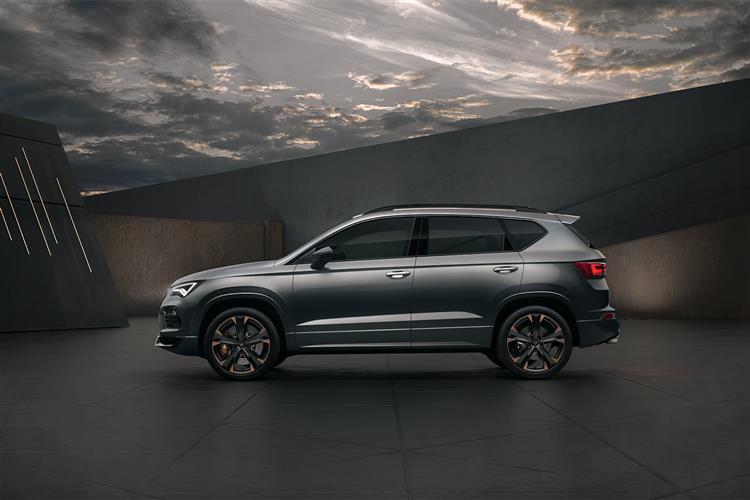 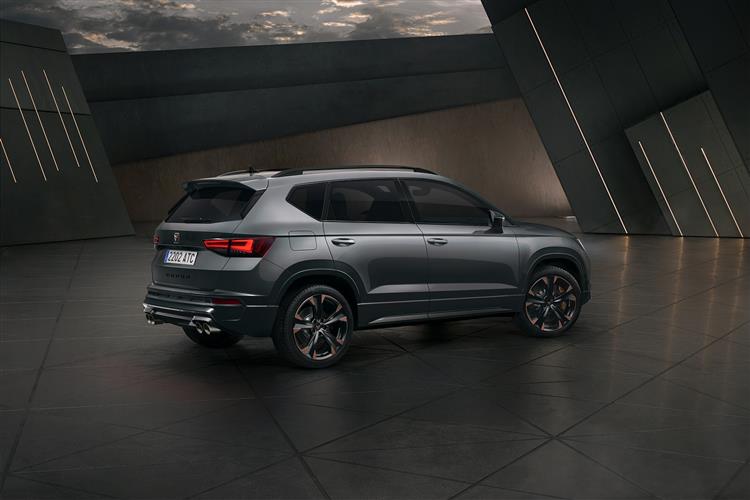 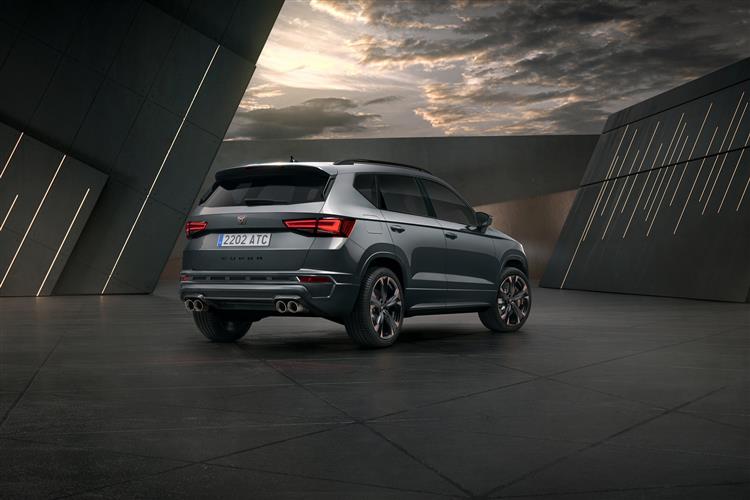 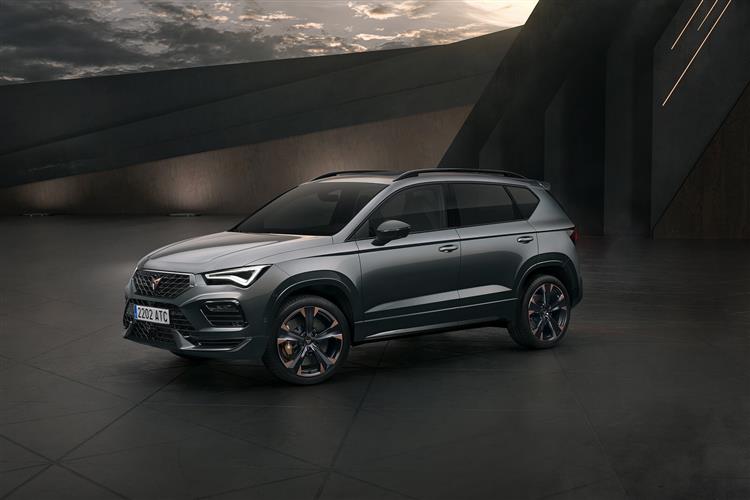 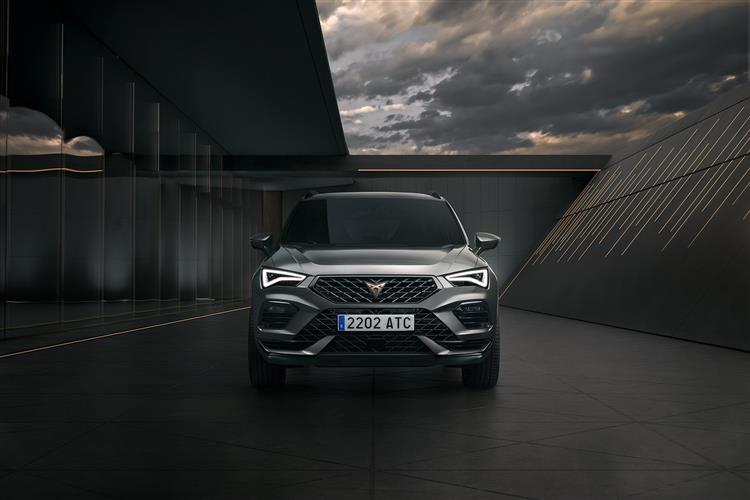 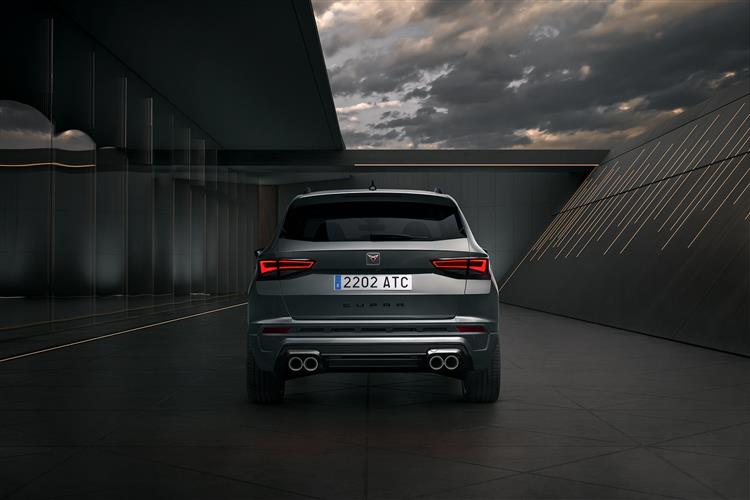 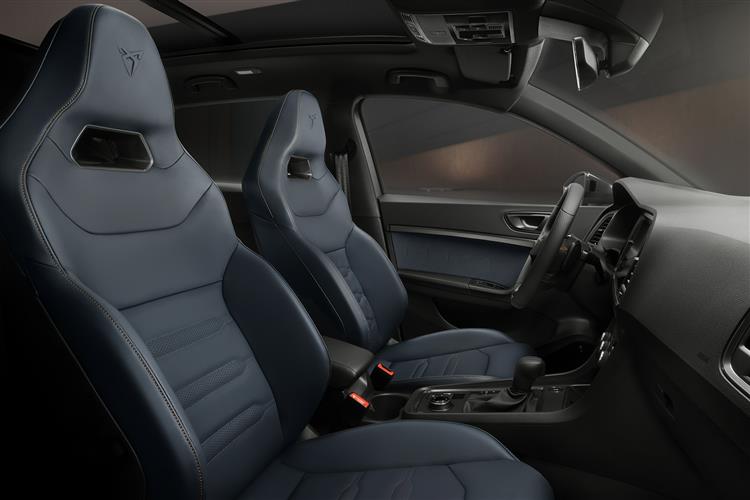 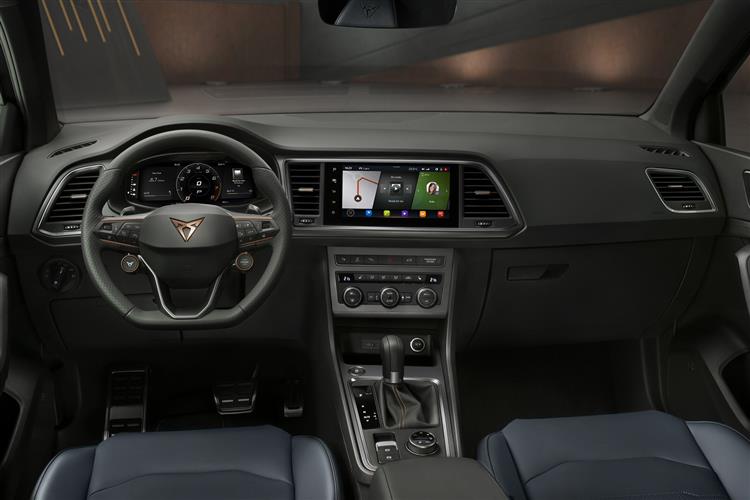 No one else in your street is likely to have a CUPRA Ateca. But should you, could you, want one? Jonathan Crouch drives it.

For years, we've been told that Spanish maker SEAT is a kind of 'Iberian Alfa Romeo'. In the CUPRA though, it has an automotive brand with a much more credible claim to that description. You'll probably know the name, but only as a sporty trim designation that goes back to 1996, since when it's been used on a whole string of Ibiza and Leon hot hatches. Now, SEAT wants CUPRA to mean more, creating, in its words, 'a range of unique, sophisticated performance models designed to captivate car enthusiasts.' This of course is just a starting point; no fewer than seven CUPRA models will be available through the freshly formed CUPRA dealer network by 2021, including the bespoke design that will effectively replace this car, the CUPRA Formentor. The idea, says the company, is 'to create cars not founded in nostalgia but rooted in the present'. Presumably, that's meant to be a dig at directly competing brands like Alfa Romeo and MINI, both of which produce products this CUPRA Ateca sets out to directly target: namely, quick, charismatic petrol-powered mid-sized SUVs, cars that offer a lot of what you get in, say, a Porsche Macan for a great deal less money. That sounds an interesting market niche. Can this car fill it? Let's find out.

In terms of the engineering behind this car, there's nothing we haven't seen before in a Volkswagen Group model, but the CUPRA engineers credit themselves with bringing all the various ingredients together in a form never previously seen in one of the Wolfsburg conglomerate's SUVs. The elements in question include a 300PS 2.0-litre TSI turbo petrol engine borrowed from the VW Golf R, a seven-speed DSG gearbox, a Haldex four-wheel drive system and stiff, strong modular MQB architecture. Dynamic Chassis Control adaptive dampers are also standard-fit and there are six driving settings, including a choice of 'Comfort', 'Sport' or max-attack 'CUPRA' driving modes. This car sits 10mm closer to the road than an ordinary Ateca and uses retuned springs and dampers along with big 19-inch wheels, so the ride quality will inevitably be firmer than that of a standard Ateca model but of course body control and corner turn-in will be of a different order too. It's satisfyingly rapid, rest to 62mph occupying 4.9s en route to 152mph flat out.

We like the performance styling; dialled up a bit over an ordinary Ateca, with big 19-inch rims filling the extended arches. But not too 'Max Power'. The same is true inside, where CUPRA Ateca buyers enjoy part-leather sports seats, Alcantara on the doors, textured mouldings and leather on the steering wheel. It's not quite enough to disguise the many cheaper plastic mouldings that betray this car's humbler origins, though the designers have done their best, liberally using high-gloss black trim and chrome embellishment. There's plenty of technical sophistication too, with a now-upgraded 9.2-inch centre-dash display and a 10.25-inch fully-digital instrument cluster. The Ateca is one of the smallest mid-sized SUVs you can buy, so you shouldn't expect too much in terms of rear seat space. Actually, a couple of adults can be accommodated quite comfortably, though there are no seat sliding or seat back-reclining features to make occupants a little more comfortable. Out back, because this is a four-wheel-drive Ateca, it has a slightly shallower boot than some of its range stablemates, but one that's still a reasonable size at 485-litres. The boot is accessed by a standard powered tailgate (one of those you can activate by waving your foot beneath the bumper) and will easily swallow a couple of big cases and a pushchair.

CUPRA Ateca pricing starts from around £38,000 - or around double the cost of the humblest, most feebly-powered standard-model Ateca. Yes. And you can spend more. Go for the optional 'Comfort & Sound' pack' and you'll be paying a fraction over £40,000. There's an even plusher 'Limited Edition' variant with 'Copper' carbonfibre trimming elements for just under £43,000, which you can have with a rortier Akrapovic sports exhaust for £3,000 more if you're really determined to bolster the Cupra brand's bank balance. All versions do of course get the expected high levels of infotainment and connectivity, the 8-inch centre-dash touchscreen offering the latest generation of the SEAT 'Full Link' package which includes 'Apple CarPlay' and 'AndroidAuto' smartphone-mirroring. The system will also read out new text, Twitter and Facebook messages and let you dictate a reply. It's even got the capability to let you set up your own screen gestures to shortcut to your most popular commands. Plus there's a range of clever remote features accessible through a downloadable SEAT DriveApp. Other standard kit includes keyless entry and start, a wireless charger, a GSM signal booster for your 'phone, a 360-degree top view camera system, navigation and automated 'park assist' to steer you into space: all this comes as standard. Plus there's a fully digital instrument cluster - the brand calls it a 'Digital Cockpit' - which allows the driver to view all information that might be relevant, from classic analogue dials such as a speedometer and rev counter to full-colour maps and navigation.

The CUPRA brand quotes a 32.5mpg combined cycle WLTP-rated economy figure and a 197g/km WLTP-rated CO2 reading, which is reasonable for such a high performance SUV. Residual values are a bit of an unknown. If the CUPRA brand takes off, they could strengthen nicely but for the time being, the market will tend to view this as merely just a very expensive Ateca. So buyers will need to be a bit brave. What else? Well CUPRA products get SEAT's usual three year/60,000 mile warranty. That's unexceptional when rivals like Toyota and Hyundai offer five years of cover as standard and Kia offers up to seven years. However, the CUPRA deal is extendable, so you might be able to negotiate on that. And it includes two years of Europe-wide roadside assistance.

In theory, the CUPRA Ateca makes sense. Combine the engine, gearbox and drivetrain of an acclaimed hot hatchback (in this case the VW Golf R) with the trendy, timely and practical body style of a compact mid-sized SUV. In practice though, you wonder whether all of this has been put together in a special enough way to justify the premium prices being asked here. The Spanish brand says that there's no other marque quite like it in the current market, which is true. But there are plenty of products that are quite similar, all from much better established nameplates. For all of that though, this Iberian contender represents something a bit different in its segment and that's refreshing. CUPRA reckons there's latin spirit in every one. And if you like the thought of that and you're willing to give something new a try, then this Ateca might well be an interesting option.