Personal Leasing has really taken off in the last few years. Customers are noticing the benefits, and able to get behind the wheel of more luxurious cars than before.

That's reflected in our first Top 5 Chart where we reveal the 5 top-selling personal lease cars from the last 3 months. At Fulton Leasing, we've seen the massive lift-off in personal leasing, and one manufacturer dominates the list - while one car has proved a surprise hit over the last 12 months. 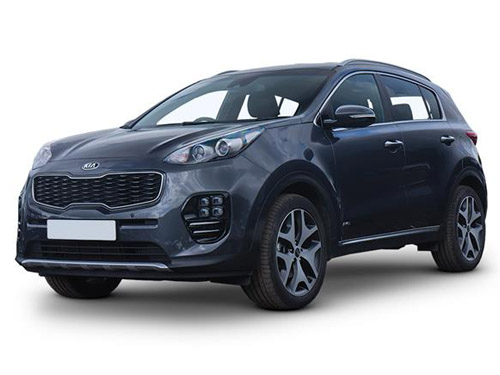 If you've not been won over by the Sportage yet, where have you been? Back in January, the Sportage was the most-searched-for lease car online in the UK, edging out the Range Rover Evoque. With classy styling, an impressive interior, and bags of space, the Sportage has turned out to be a top-class family SUV.

The Sportage has elevated Kia from budget brand to desirability, and the latest models are great to drive, and of course come with Kia's seven-year, 100,000-mile warranty, unmatched anywhere by anyone. It competes handily against the likes of the Qashqai and the Ateca, and for the small SUV class, it has one of the largest boots available. The only downside might be the fuel economy, where both official and real-world economy figures lag behind competitors.

That said, you'll find the Kia an attractive car both aesthetically and financially, and you'll find the best deals for the 1.6 and 1.7-litre engines, the latter of which is generally considered to be the best.

We've got Kia sportage lease deals that start from under £200pm. 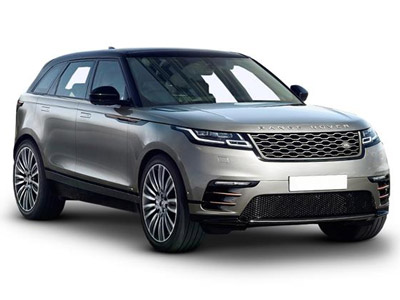 Sitting somewhere between the Sport and the Evoque is the new up-market SUV from Land Rover, the Range Rover Velar, and despite it only being available from late this year, it's already in our Top 5 lease cars. And this is the car that pits Range Rover against the Porsche Macan and the BMW X6.

And this is an SUV that has been designed. Step into the car, and you feel like you're in first class. With a Duo Touch twin-screen infotainment system, the Velar even has seats that massage you. So yes, you can get a massage AND you get the driver assist technology such as lane assistance, parking assistance and adaptive cruise control. The top-of-the-range cars come with a sliding panoramic roof, and a truly impressive sound system.

How does it drive? It's quiet, it's smooth, and it's definitely the most "on-road" of the range. However, the list price can be quite expensive, so the best way to get your hands behind the steering wheel of a Velar is to lease it. 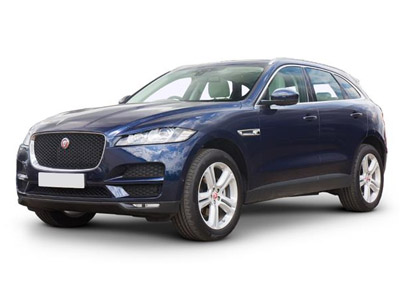 The Jaguar F-Pace has helped transform the Jaguar brand, with sleek, sporty looks, plenty of room, and an impressive range of engines. What's more, it comes at a lower price than its Range Rover rivals, which makes it a great family SUV.

The F-Pace is that rare combination - a sporty drive with room for the family and a load of suitcases. It shares a lot in common with the XE and the XF. And despite the sportiness, it's quite an efficient vehicle, giving almost 60mpg in the diesel model.

Again, like the Velar, this is a car very much to be leased. While it's not as expensive as the Velar, it's a match in many ways, and the leasing deals are fantastic, putting it very much within reach, and it won't prove expensive to run.

Take a look at our Jaguar F-Pace personal leasing deals, starting from £370.79/m. 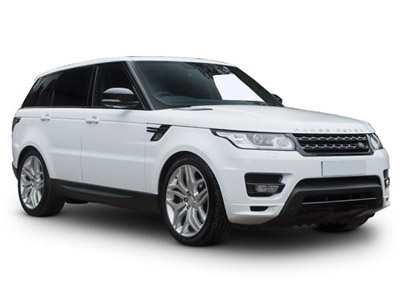 Range Rover's top model comes in at number 2 in our Personal Leasing chart, and if you have the budget, it's well worth the investment.

The Sport sits somewhere in between the Evoque and the classic Range Rover, but what truly sets it apart is the combination of interior luxury and raw power. As an off-road vehicle, it's almost unbeatable, and owners have reported that it performs seriously well, both in town and in the country.

The extras are sometimes mind-boggling. For instance, it can wade up to 850mm, and a sensor tells you just how deep in water you are. It also comes with All-Terrain Response Control, meaning that it senses the terrain and automatically adapts for you. Nice. And it has a top speed of 162mph, if you need to go that fast.

We continue to see strong demand for Range Rover Sport leasing deals, which start at £625pm. 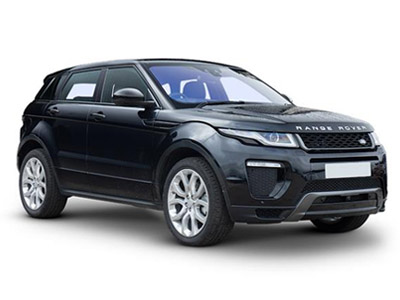 It had to be the Evoque... not only is it our number 1 personal leasing car, it's Google's too - with over 6,600 searches every month. The Evoque has been with us for some time now. It may be the entry-level Range Rover (if such a high-range car can be described as entry-level), but its celebrity associations have made it the most desired of the whole range.

What do you get? A big range, including 3-door vehicles which is unusual for an SUV. You even get a convertible, although our favourite is the HSE Dynamic, which has 20-inch alloy wheels and gets the upgraded infotainment system. Upgrade from that to the HSE Dynamic Lux and you get a panoramic roof.

There's an Evoque beyond that, the Autobiography, which adds full-leather and more speakers than you can point a stick at. Economy tends to suffer on the 4-wheel drive models, but newer Evoques are getting more economical to run, especially with the nine-speed gearbox.